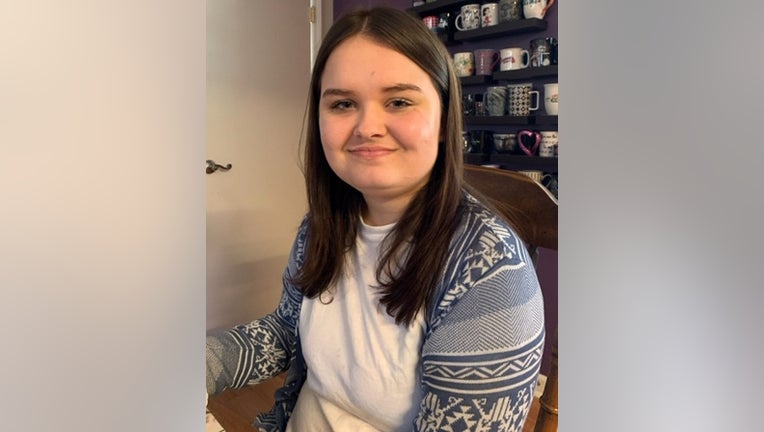 HALL COUNTY, Ga. - Atlanta police have found a teenager who had been missing since Christmas.

Jordan Faith Strickland, 15, was last seen at her home in the Mulberry Preserve/Elizabeth Lane area around 11 p.m. Christmas Day.

On Saturday, the Hall County Sheriff's Office said Strickland had been found by the Atlanta Police Department.

Deputies described Strickland as being 5-feet-5-inches, weighing about 200 pounds, with brown hair and green eyes. She may be wearing rainbow-colored Vans brand shoes.

Deputies believed Strickland “may be in an emotionally imbalanced state.”

At the time, investigators were also trying to identify and locate a man who was the last known person spotted Strickland. They say surveillance photos show Strickland with the unknown man and a car at the Circle K convenience store at GA Highways 124 and 211. The images are from Dec. 26, 2019 at approximately 6:45 a.m. Officials have not said if the man was connected to Strickland's discovery. 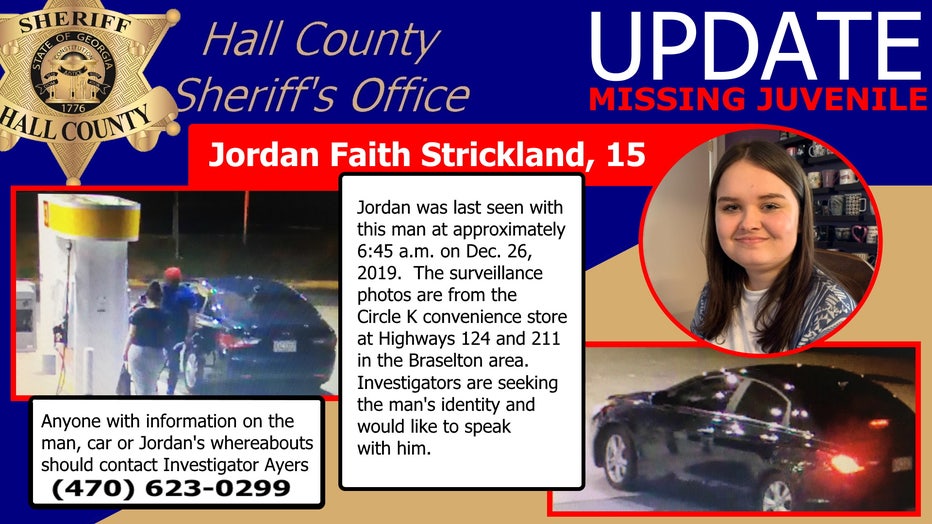 "Thanks to everyone who shared the BOLOs," the Hall County Sheriff's Office said.