Georgia officers honored for turning around a dangerous situation

The man, distraught over the death of his daughter, begged&nbsp;police to shoot him, but he is still alive today thanks to the work of two officers.

FAIRMOUNT, Ga - A man, distraught over the death of his daughter, begged police to shoot him. But the Fairmount police chief says that man is alive today thanks to two of his officers who were able to de-escalate the situation. Monday night, those officers were honored for their actions.

Fairmount Police Chief Will Regan says Mylon Holbert was trying to bait officers into killing him.

"Commonly referred to as 'suicide by police'. These situations often end in a loss of life but on this day the outcome was very different," Regan said.

On police body camera video you can here Holbert saying "Shoot me! Shoot me!".

Officers respond, "We're not going to shoot you, Mr. Holbert, we're worried about you". 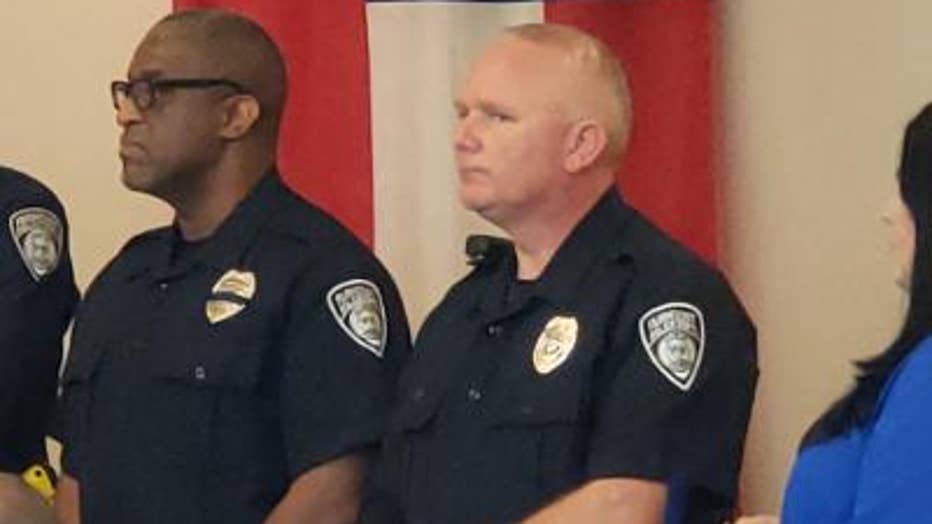 It was a dangerous situation. Police say Holbert was extremely emotional and armed with a knife and they weren't sure what else.

"He's known to have quite a few weapons at his home," said Officer Michael Taylor.

At one point they say they had no choice but to use a Taser on him.

"We utilized the Taser as a less than lethal force to save his life," Taylor said.

Officers Taylor and Billy Brackett also talked to him patiently and compassionately. Holbert wasn't thinking clearly on that August night. He was distraught over the death of his daughter one week earlier. But through their words and actions, the officers were able to calm him down.

"I'm a man just like you and we have to take care of each other, what we want to do is take care of you," one of the officers can be heard saying on the body cam video. 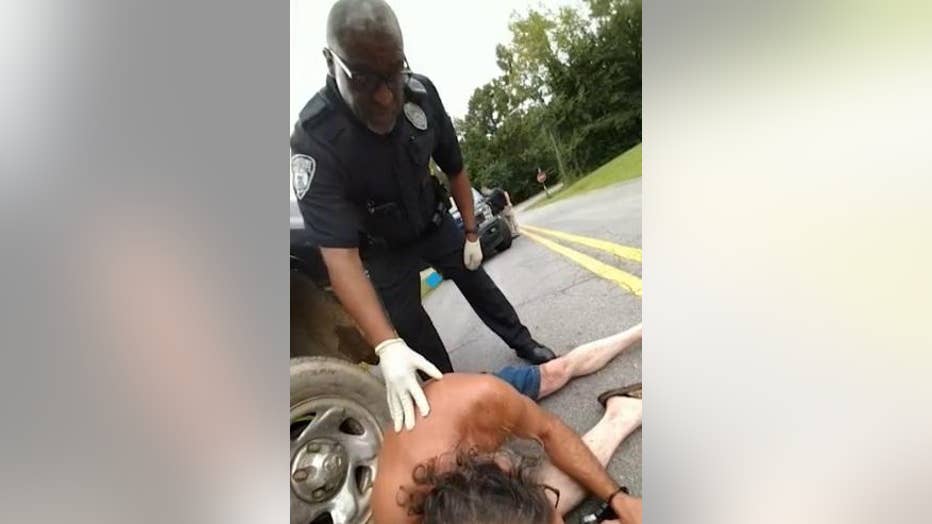 "The combination of the actions fo these two officers absolutely saved a life that day," Regan said.

"That's what we want in every situation, to have an outcome like that," Brackett said.