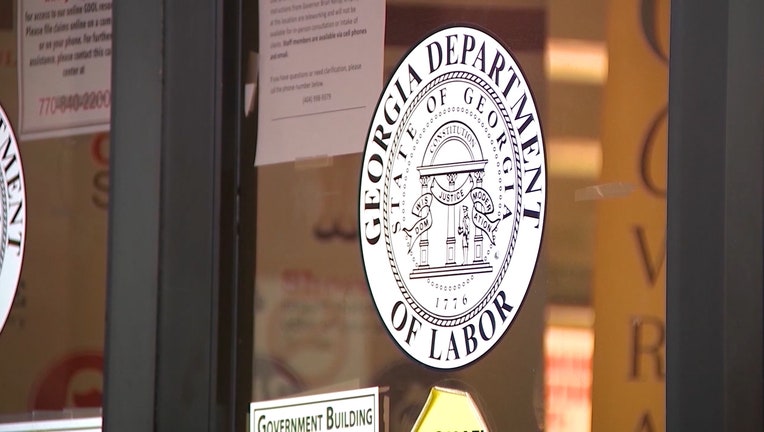 ATLANTA - Georgians receiving unemployment benefits will once again be required to look for work and will be able to earn less before unemployment payments drop beginning June 27.

It’s a further tightening of Georgia’s unemployment assistance as Butler and other elected Republican state leaders say the state needs to do more to push people into the workforce.

Georgia announced last month that, beginning June 27, it would cut off federal programs that provide a $300-a-week boost to 385,000 people now on the jobless rolls, as well as programs that pay federal money to 260,000 people not usually eligible for state unemployment or who have been on jobless aid for longer than the state provides. Those federal programs will last through September.

Butler had earlier signaled he would reinstate work-search requirements, a move underway in more than three-quarters of U.S. states. Employers will also be asked to report when workers refuse to return to work or refuse a job offer, which could cause workers to lose benefits going forward. To keep drawing benefits after June 26, Georgia residents must register with the EmployGeorgia.com website.

"We adjusted many of our regulations during the pandemic to make receiving benefits easier during the crisis and now those modifications are no longer necessary," Butler said in a statement.

For more than a year, Georgia workers with reduced hours have been able to earn up to $300 a week in wages before seeing their jobless benefits reduced. That meant workers could earn up to $665 in wages and benefits, factoring in Georgia’s maximum weekly jobless benefit of $365 a week. The state’s minimum benefit is $55 a week.

Now that income threshold will drop to $150 a week, meaning a worker with reduced hours can earn a maximum of $515 a week before becoming ineligible for benefits.

That income threshold had been $50 a week before the pandemic. Butler initially raised it under emergency authority granted to him by Gov. Brian Kemp, but lawmakers in 2020 gave Butler the power to set it anywhere between $50 and $300. Spokespersons for Butler did not immediately respond to questions Thursday about whether he intended to permanently leave the threshold at $150.

State unemployment benefits are normally financed by taxes on employers, and companies that lay off workers typically have to pay higher rates. But during the pandemic, the state has not penalized companies that laid off lots of workers. That, too, will end beginning June 27, with claims made later counting against an employer. Also, companies will only be able to submit claims for workers showing them laid off with no earnings for six consecutive weeks. After that, the state will consider workers permanently separated, and workers will have to file later claims on their own.

About 22,000 Georgians filed new unemployment claims in the week that ended June 5, a number that has been falling, but remains four times above pre-pandemic levels for this time of year.

About 125,000 people were receiving traditional unemployment benefits from the state as of May 29. Another 157,000 Georgians were getting Pandemic Unemployment Assistance, which provides benefits using federal money to people usually ineligible for unemployment, including the self-employed, independent contractors, gig workers, or employees of nonprofits.

Another 103,000 were getting benefits under Pandemic Emergency Unemployment Compensation, which provides another 13 weeks of federal benefits after Georgia’s 26 weeks run out.