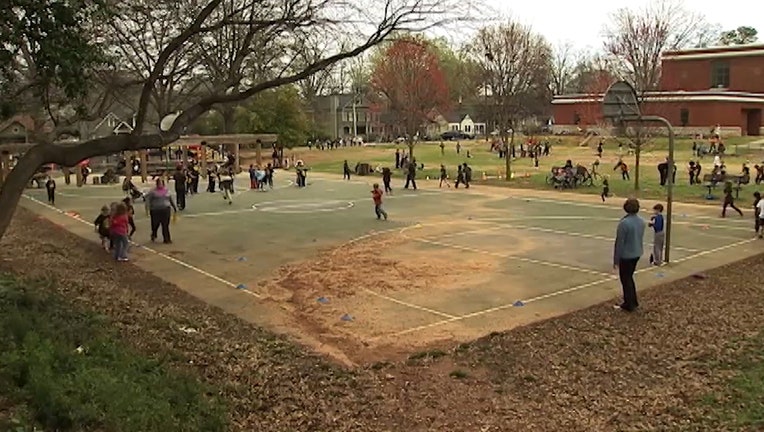 That is why the Stockbridge Democrat has once again filed legislation to require elementary schools to provide an average of 30 minutes of recess per day for students, despite a veto of the same measure last year.

Under House Bill 843, public schools would have to provide recess to children from kindergarten through fifth grade every day, though it includes exceptions for days when students have physical education, field trips, emergencies or days when weather interferes.

During the 2019 legislative session, members of both the House and the Senate approved an identical measure, House Bill 83, with only 15 "Nay" votes.

"237 of us altogether and only 15--that's the whole state--overwhelmingly said they want this recess and so I'm not a quitter.  So, I'm back at it again," said Rep. Douglas.

"Currently, local boards of education hold broad authority to establish recess policies for students in kindergarten through eighth grade," Kemp wrote in his veto statement. "This local control allows school boards to set these policies based on a thorough understanding of day-today educational operations as well as regular interaction with administrators, educators, families, and students. House Bill 83 would dramatically restrict this local control, stripping long-held authority from school boards. While I support expanded recess opportunities for Georgia’s students, I am a firm believer in local control, especially in education. This legislation would impose unreasonable burdens on educational leaders without meaningful justification. For the foregoing reasons, I VETO HOUSE BILL 83." 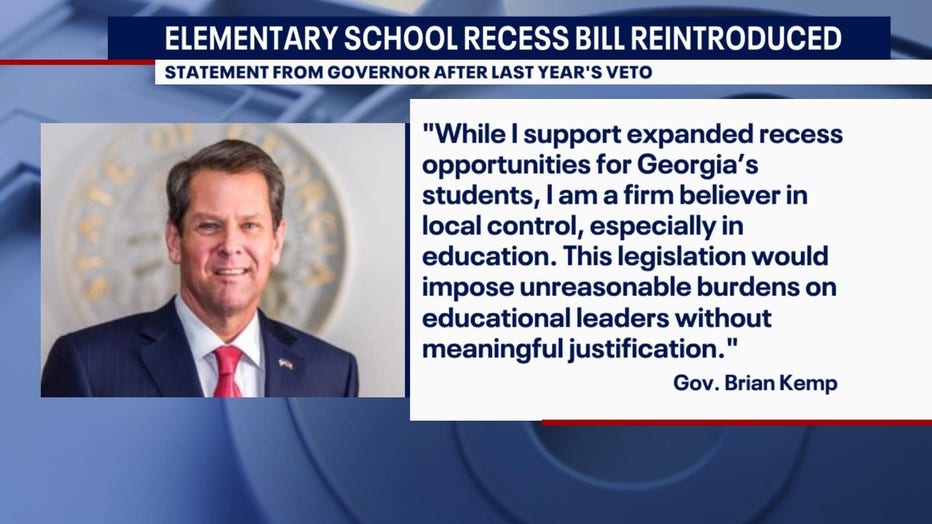 Rep. Douglas, however, said he hopes to use this session to change some minds, especially Gov. Kemp's.  He believes recess and unstructured play give children time for creativity and physical activity during the school day.

"Let's try it," explained Douglas. "If it doesn't work, the next session we can take it away, but doing nothing at all and having our kids and our state rank #8 in childhood obesity?  I think it's a shame.  It's a travesty."