Atlanta community activist Haroun Shahid Wakil has died, but his legacy of service will live on, his friends promise.

ATLANTA - Kevin Trice said Haroun Shahid Wakil used the lessons from his own troubled youth to save Trice and many others from a lifestyle that often leaves Black men in jail or in the grave.

"He let me know there was more to life than standing on the block selling drugs. He introduced me to Islam, got me to stop drinking and doing drugs, and even let me stay at his home to make sure I was doing the right thing," said Trice, as he stood on in front of the Chappell Road home where Wakil lived for the last several years.

Trice eventually joined Street Groomers, the organization that Wakil established nearly a decade ago to help literally and figuratively clean up the streets of impoverished neighborhoods in northwest and southwest Atlanta. Wakil moved to Atlanta from Chicago as a young adult and transformed from a gang member to a private negotiator of gang truces that are still upheld to this day. Close friends, including LaQuana Alexander, told FOX 5 that Wakil loved making a difference in the community, but never sought out attention for doing so. 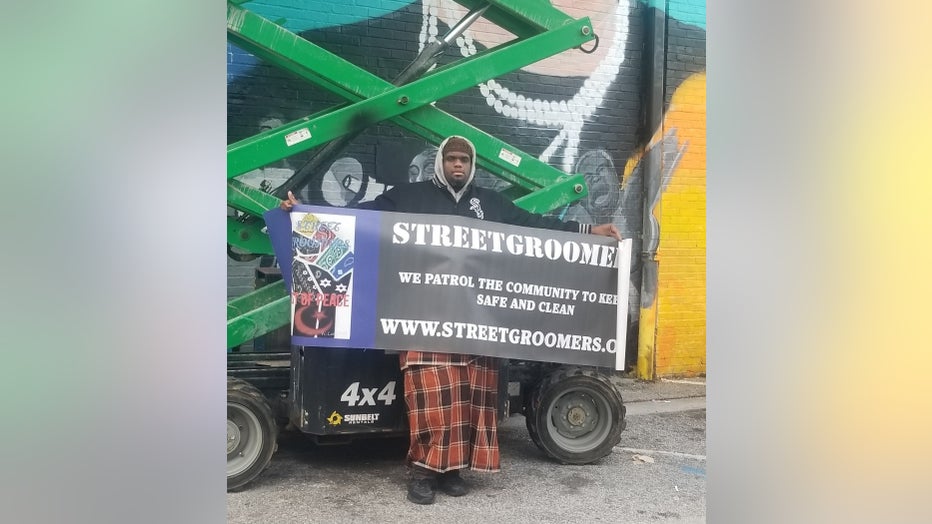 Haroun Shahid Wakil holds a "Street Groomers" sign, an organization he started to literally and figuratively clean up the streets of Atlanta. (Provided to FOX 5)

"He didn't wait for people to come knock at his door and ask for help. He came out here, found the problem, and then solved the problem. And because he had dealt with homelessness, he took his work with the homeless seriously. When you've gone through it, it sits a little different so he worked hard to make sure they had what they needed--food, clothing, coats," said Alexander, the founder of Community Boutique, an organization that worked closely with the community service efforts of Street Groomers. 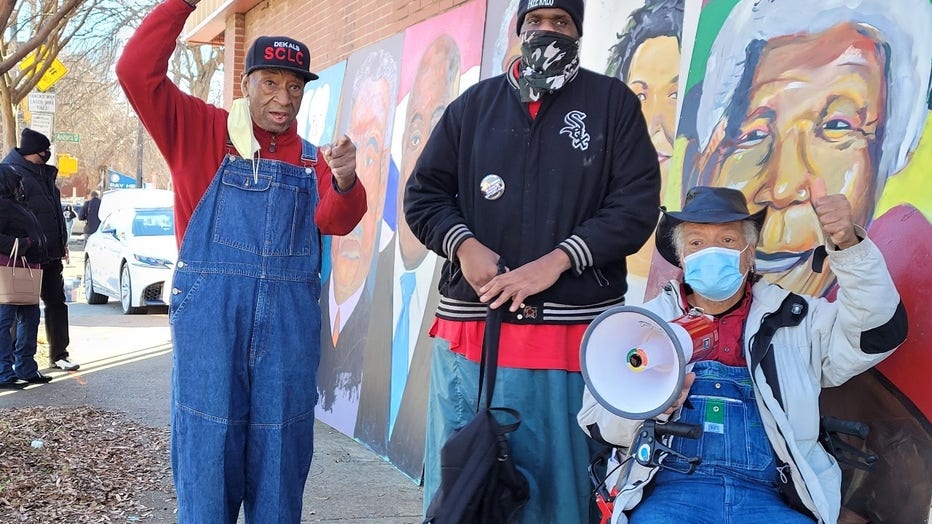 Friends say Haroun Shahid Wakil could easily be picked out of a crowd due to his tall stature and his bigger heart. (Provided to FOX 5)

Standing 6-feet-10-inches tall and weighing nearly 300 pounds, Wakil was known to people from all walks of life as "Big Haroun." He did most of his community organizing, food and clothing collections, and other volunteer work from the northwest Atlanta home where he died suddenly Wednesday. Close friends said he had recently recovered from COVID-19, but suffered from a number of other previous ailments that finally took a toll on his health. Marcus Gray made the heartbreaking discovery when he stopped by to visit Wednesday evening after not hearing from the 40-year-old activist all day. They had spoken briefly earlier that morning.

"We talk every day, so I knew something was wrong. And right now, losing Haroun, it hurts us a lot. He was a big pillar in this community. He was a giant among men, but he was a gentle giant," said Gray, who is the vice president of Street Groomers.

"For years, he got up early every morning while it was still dark because he didn't want kids to be out walking to school in these streets alone and then he'd be waiting when the kids got back from school to make sure they made it home from school safely. He loved this community," added Gray, who said he and others will continue the mission of Street Groomers in Big Haroun's honor. 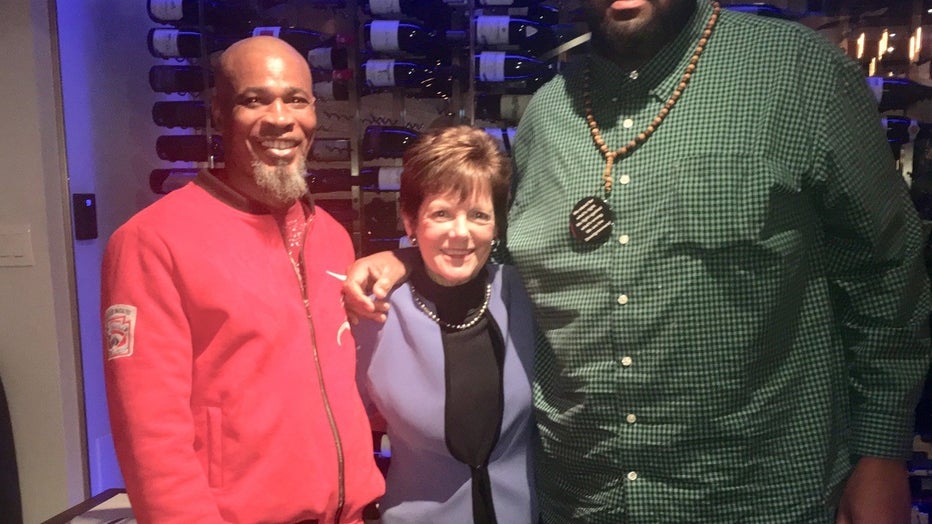 "We met when I was on the council and I always saw him out in the streets doing the real work. A lot of people have great intentions, but Big Haroun produced all the time. He understood the importance of reaching out to children and being a model to them based on the troubles of his own past. He wanted them to have a wonderful future and the kids knew he was sincere. His sincerity and commitment were the strengths he brought to this community," said Norwood. 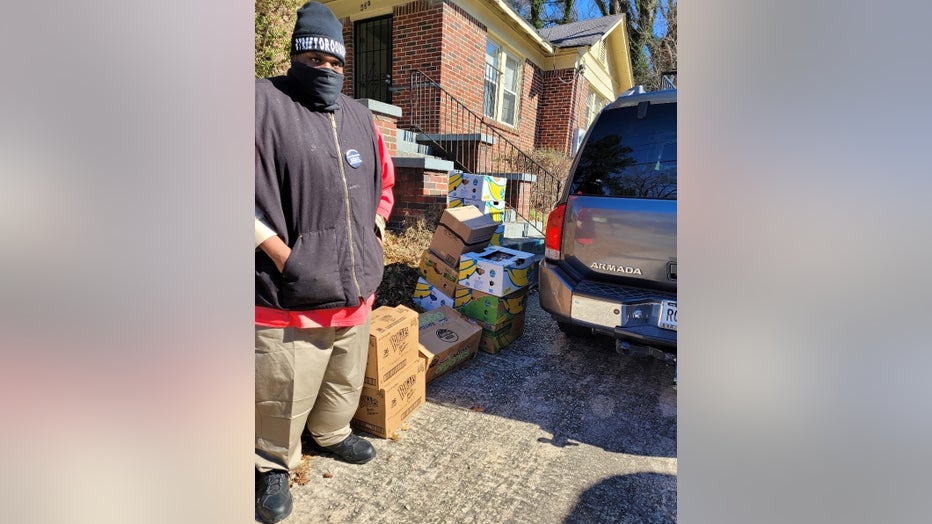 Trice, the 32-year-old former drug dealer taken in by Big Haroun, told FOX 5 he owes his life to his mentor.

"He was like that old uncle who told you what to do and checked you when you weren't doing what you were supposed to do. He showed me a new direction," said Trice. 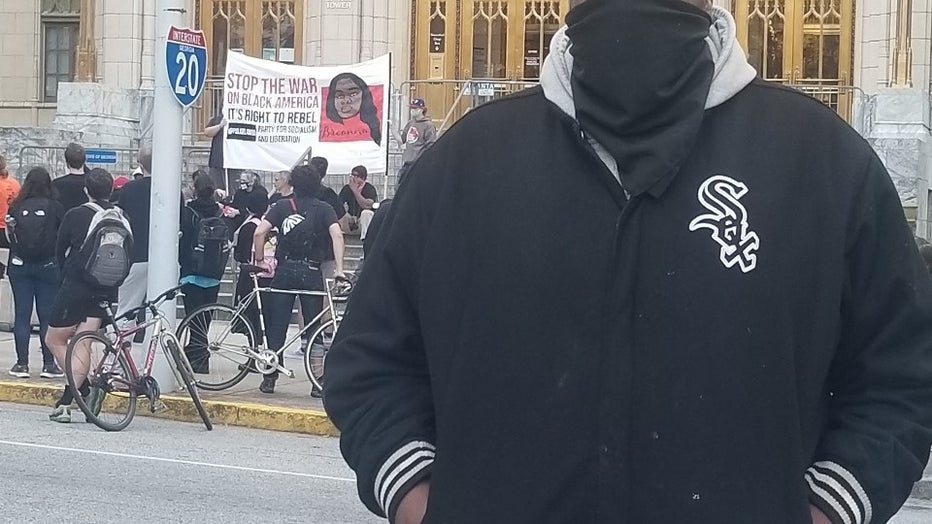 Haroun Shahid Wakil at a protest during the summer of 2020. (Provided to FOX 5)