A spokesperson for Gov. Kemp says Price submitted an application to be appointed to Isakson’s seat.

FOX 5 News learned that Price submitted an application to be appointed to Isakson’s seat. That's coming from a spokesperson for Governor Brian Kemp.

Price served as HHS Secretary under President Trump for about seven months after serving in Congress for years. The president fired Price because of excessive travel spending. 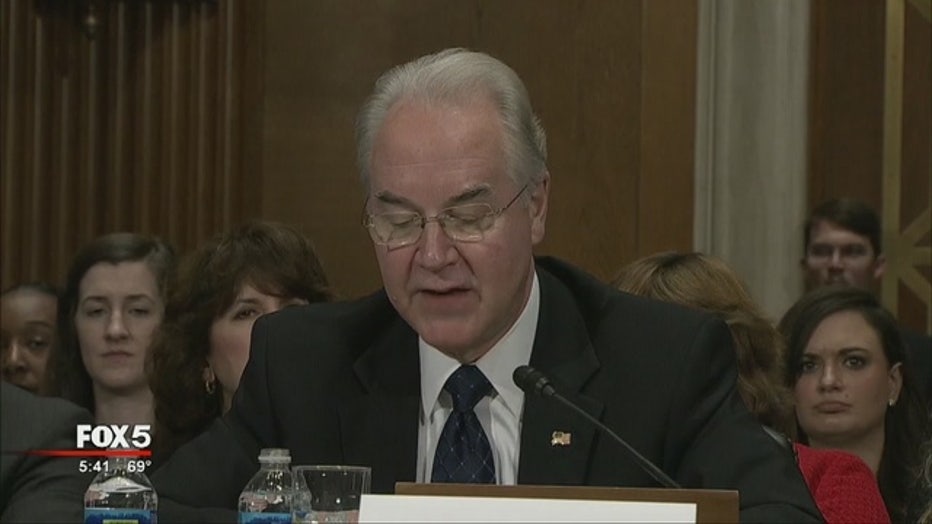 Tom Price during his confirmation hearing for HHS Secretary.

Sen. Isakson revealed last month that he will step down at the end of this year because of recent health challenges.

Governor Kemp will appoint a temporary replacement to fill Isakson's seat until voters can choose a more permanent person for the job in the November 2020 election.

The Governor's Office set up a website where applicants can upload a PDF of their curriculum vitae or resume.

The applications submitted on the website will be subject to open records, so the public will soon have an idea of who wants the job.

Applicants must be a Georgia resident who will be at least 30 years old as of January 1, 2020, and must have been a U.S. citizen for at least nine years.

The Governor’s Office did not say how long they will accept applications through the website.