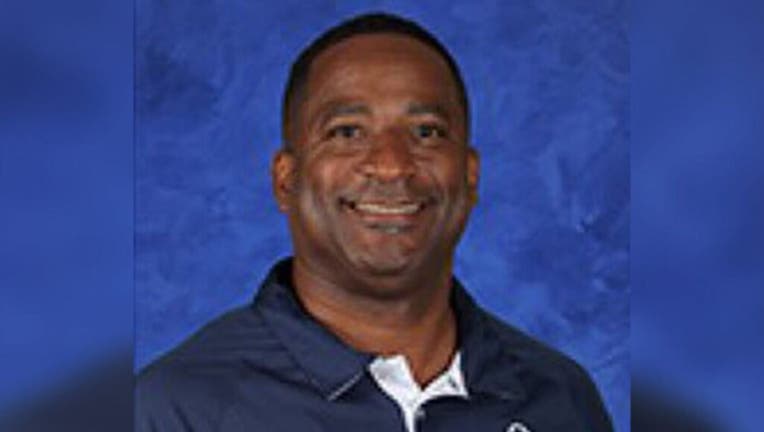 BOCA RATON, Fla. - A high school principal in Florida who was fired after he told a student’s mother “not everyone believes the Holocaust happened” may be rehired, according to a report.

The board will meet Wednesday to decide.

PREVIOUS: Florida principal who told parent he 'can't say the Holocaust is a factual, historical event' is fired

Fennoy wants Latson placed, if rehired, in the district's assessment department as a "principal on assignment."

The Palm Beach County school board voted 5-2 last October to fire Latson on grounds of “ethical misconduct” and “failure to carry out job responsibilities.”

The state administrative court ruled in August that Latson’s actions weren’t “just cause” for termination.

“These acts of poor judgment on Dr. Latson’s part should result in a verbal or written reprimand, the lowest rungs on the ladder of progressive discipline,” the judge wrote.

Outrage was sparked after Latson told a student's mother via email he was not allowed to say whether the Holocaust occurred because of his employment with the School District of Palm Beach County.

"I can't say the Holocaust is a factual, historical event because I am not in a position to do so as a school district employee," Latson wrote in an email, later published by the Palm Beach Post.

"Not everyone believes the Holocaust happened and you have your thoughts but we are a public school and not all of our parents have the same beliefs so they will react differently, my thoughts or beliefs have nothing to do with this because I am a public servant," the principal said. "I have the role to be politically neutral but support all groups in the school."

PREVIOUS: Principal reassigned after admitting he 'can't say the Holocaust is a factual, historical event'

In another email, Latson said the school's curriculum, which reportedly includes Holocaust education in English and history classes, "is to be introduced but not forced upon individuals as we all have the same rights but not all the same beliefs."

The response to the student's mother reportedly came after she questioned what Holocaust education would be provided for her child.

Latson had been described as a kind and tolerant administrator whose words were twisted in an international media frenzy.

Latson had been with the district in Florida for 26 years.