REDWOOD CITY, Calif. - A young seal was taken to the Marine Mammal Center near Sausalito after being rescued by firefighters from a Redwood City parking garage.

The five-month-old northern fur seal, now named "Santos," was seen Sunday morning in the Marshall Street parking garage, Redwood City firefighters said. The garage is about a block and a half from Redwood Creek, one way the young pinniped may have accessed the garage.

"Five-month-old Santos made it back to the fire station, where he posed for pictures and took a nap," the department said Sunday on its
Instagram account.

A Marine Mammal Center crew picked up the young seal in Redwood City and brought it back to the Sausalito facility, where it will be treated
and monitored, with the goal being to release him back into the ocean.

Despite being dubbed a "he" by firefighters, marine mammal spokesman Giancarlo Rulli said the gender of the pup has not been officially determined. 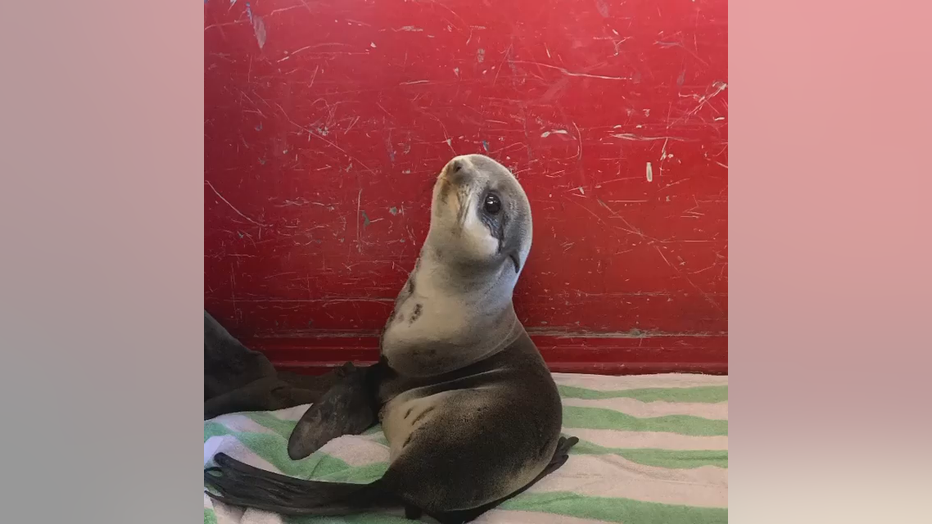 'Santos," a northern fur seal, was found in a Redwood City parking garage by firefighters on Nov. 24, 2019