“Filthy Rich” stars Kim Cattrall and Steve Harris sit down with Paul Milliken and dish out all the details on the new FOX show.

NEW ORLEANS, La. - If anyone knows how to make an entrance, it’s the always-glamorous Kim Cattrall. In the new FOX series “Filthy Rich,” the Emmy-nominated star really outdoes herself.

“I have to say, that was an entrance-and-a-half,” laughs Cattrall, referring to the moment in the show’s pilot episode when she’s lowered into a television studio wearing angel wings. “When they pulled me up, on the actual day of shooting, it was pitch black.  And I couldn’t see.  I couldn’t see anything.  So I didn’t have a point of reference.  And they just said, ‘Don’t look down!’”

And “don’t look down” is good advice for a show that takes soapy Southern drama to new heights. In “Filthy Rich,” Cattrall plays Christian television star Margaret Monreaux, who finds out that her “man of faith” husband (played by Emmy Award winner Gerald McRaney) hasn’t been so faithful — fathering three additional children with three different women. Cattrall performs double duty on the series, also serving as a producer. 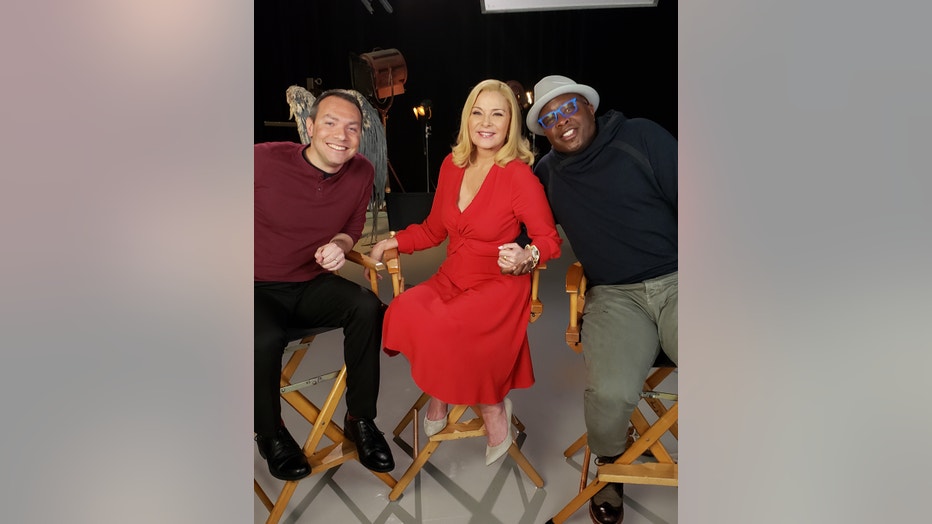 “Well, I’m a creative producer.  That means that I don’t have to come up with any money,” Cattrall says with a laugh. “I’m part of the creative process.  Choices that are made, and plot lines that we do. And it’s been an incredible learning experience.”

Fellow Emmy nominee Steve Harris plays family lawyer Franklin Lee, who shares a close bond with Cattrall’s matriarch.  And while Harris isn’t being hoisted into the air while wearing a set of wings, he did perform a little “stunt work” in the show’s first episode — riding a horse in one memorable scene.

“That scene in and of itself was pretty cool, because I hadn’t been on a horse in quite a while,” he says. “And it’s something, you know, you’re on a live animal doing lines -- a live animal, doing whatever he or she chooses to do.  And you reign them in.  It’s sort of an accomplishment.”

Speaking of accomplishment, the “Filthy Rich” cast and crew finished filming the entire first season in New Orleans before the coronavirus pandemic shut down productions worldwide — which means along with making a splashy entrance, Margaret Monreaux and her family plan on staying around awhile.