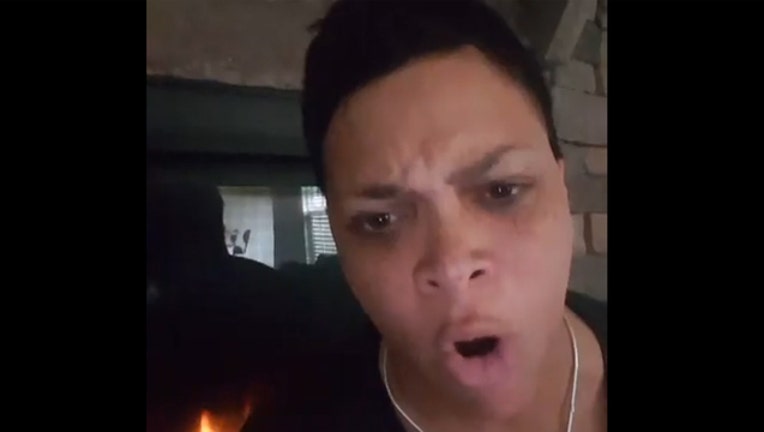 A black female officer from the Cleveland area is going viral with her powerful message to all racist cops – “take the uniform off and put the KKK hoodie on.”

Officers Blane Salamoni and Howie Lake II confronted Sterling as he was selling CDs outside a convenience store. An altercation followed and Sterling was shot multiple times in the back and chest.

She said she’s no stranger to scary situations dealing with criminals, often times people of her same race.

Jones said she grew up “in the hood” and knows what it’s like to have a parent on drugs. The reason she became a police officer was to make a difference in people’s lives. She said it’s been tough for her see people stealing, raping or killing each other in the community she loves.

“But what hurts me the most is people who stood in front of a judge and stood in front of a mayor and said, ‘I swear my oath that I will serve and protect this community.’ And God please forgive me and you can delete me if you get mad at me. If you are white and you work in a black community and you are racist you need to be ashamed of yourself,” she said.

“How dare you stand next to me in the same uniform and murder somebody. How dare you!” she shouts.

She said officers who are afraid to talk to people because they don’t look the same way they do have no business being in uniform. There are many others like herself that would gladly serve and protect in their place.

“If you are that officer that’s prejudice, take the uniform off and put the KKK hoodie on,” she demands.