STOCKBRIDGE, Ga. - Henry County Police are searching for a driver who slammed into a father going to work in Stockbridge and took off.

That driver said he was heading to work through the intersection of Highway 138 and Interstate 75 around 4:30 a.m. Tuesday morning when someone came speeding off the ramp, didn't stop and slammed right into him.

"A vehicle ran a red light doing approximately 60 miles an hour," said the driver who was hit, Bill Adams. 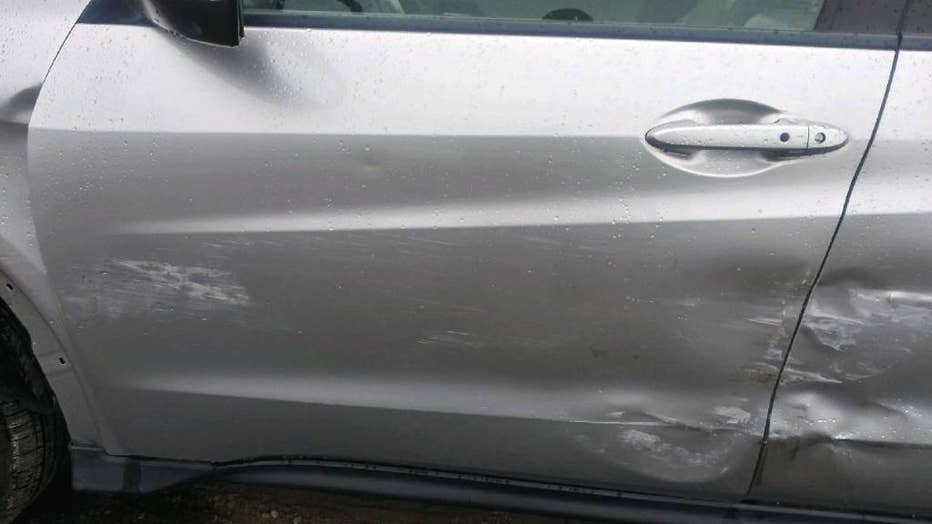 That car, he said, collided with his and pushed him off the road.

"The vehicle sandwiched into me," said Adams.

Adams' car finally came to a stop, but the driver who hit him didn't.

"The driver left as fast as he could," said Adams. "The only thing I saw was his taillights."

Adams described the car to Henry County Police as a silver Pontiac sedan.

"I didn't have time to think," Adams said. "Most people see their lives flash before their eyes, but it was just 'bang'," Adams said.

Father slammed in hit and run in Stockbridge

Police searching for driver in Stockbridge hit and run

Thankfully, Adams was okay. He went to the hospital to get checked out and was released.

His car, on the other hand, may be totaled--a small price to pay, according to Adams' wife, Dawn.

"It's replaceable, he's not," said Dawn of losing the car, which actually belonged to her.

Adams randomly drove his wife's car to work on Tuesday--a move that may have helped keep him safe, especially because her car is larger than his.

Now the Adams say they just want this driver off the streets.

"To know that you've hit someone, and to take off like that, it's just not right," said Dawn.

They say they are thankful they all walked away from this crash with each other.

"Today showed me the value of family," said Bill. "I feel blessed."

The family says they hope surveillance video from nearby businesses will help lead police to the driver responsible.

Anyone with information on that driver is urged to call Henry County Police.