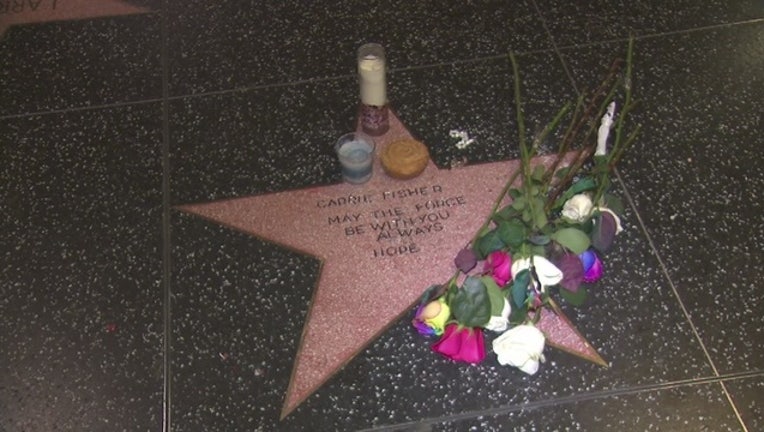 LOS ANGELES, Calif. (FOX 11/ AP) - Carrie Fisher didn't have a star on the Hollywood Walk of Fame, so fans have taken over a blank sidewalk star to pay tribute to the late "Star Wars" actress.

Fan Jason Thomas says that he took it upon himself to make a star for Fisher, who died Tuesday at age 60.

Paste-on letters spell out her name and the phrase "May the force be with you always." Candles and flowers surround the star.