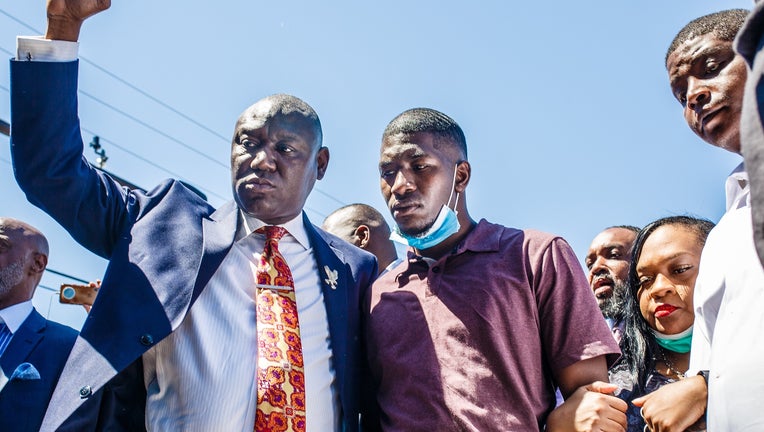 MINNEAPOLIS (FOX 9) - The family of George Floyd visited Minneapolis Wednesday to see the intersection where he was pinned to the ground by police. Family members - including Floyd's son, Quincy - were accompanied by their lawyer, Benjamin Crump, as they saw for the first time the memorial that has been set up at 38th and Chicago Avenue.

The family of George Floyd and their lawyer visited the Minneapolis site of his death and memorial Wednesday.

Shortly after the press conference, officials announced that the charges against former officer Derek Chauvin have been raised to second-degree murder, and the other officers have been charged.

"Every night with my family, we're trying to get justice for my father. No man or woman should be without their fathers," Quincy Mason Floyd said. 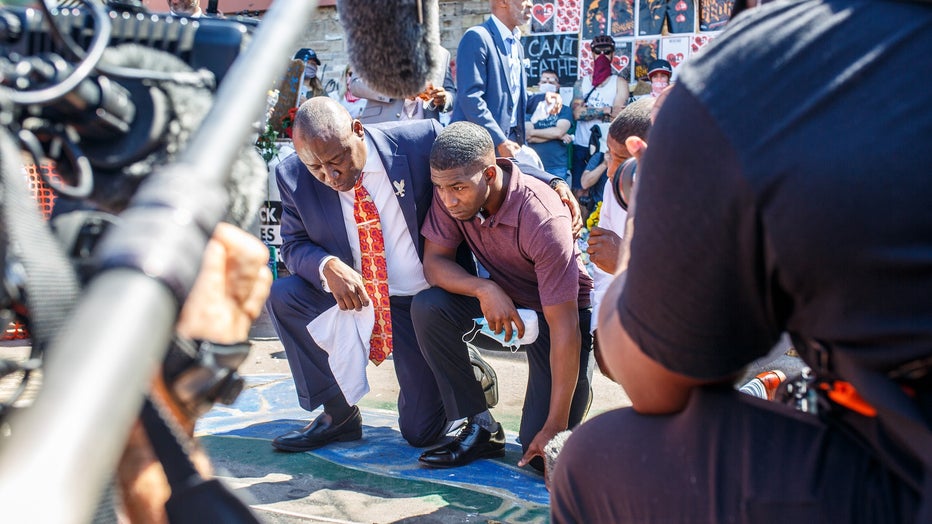 George Floyd, a black man, died on Memorial Day while in police custody. Three police officers held him down, with one of them, Officer Derek Chauvin, kneeling on his neck for nearly nine minutes as Floyd repeatedly said, “I can’t breathe.”

Bystander video showed Chauvin continued to kneel on Floyd’s neck even after he lost consciousness and appeared to stop breathing. None of the officers, including the fourth officer standing nearby, moved from their positions until an ambulance arrived, despite bystanders’ pleas.

The Hennepin County Medical Examiner has ruled his death a homicide and determined his heart stopped as the officers restrained him.