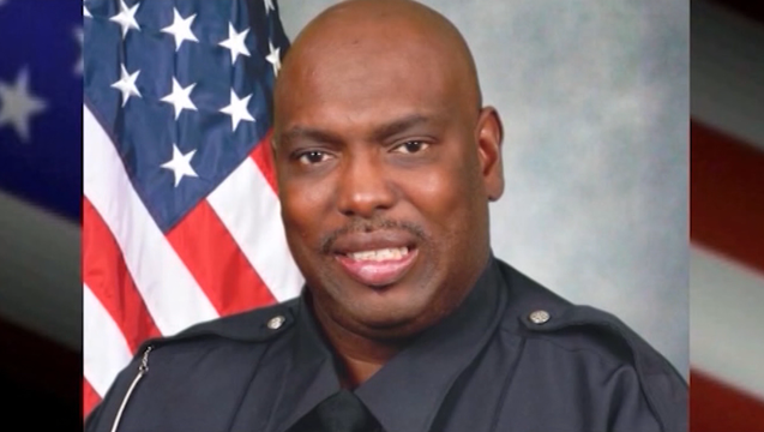 FORSYTH COUNTY, Ga. - A Fulton County police detective killed in the line of duty last year will be among the fallen officers honored at an upcoming memorial.

Fulton County Detective Terence Green died on March 4, 2015 after he was shot in the back of the head while responding to a “shots fired” called in Fairburn. Police said the suspect went on a rampage in his neighborhood, firing into people’s homes.

Detective Green, who served in Fulton County for 22 years, was a father of four adult sons and was engaged to be married. His name will be added to Georgia’s Public Safety Memorial Wall during a ceremony next Tuesday in Forsyth County.

The Public Safety Memorial Wall honors public safety officials from all disciplines, such as prosecutors, law enforcement, fire services and EMS, who have lost their lives while on duty in Georgia.

The wall was established in 1997 to recognize “the dedication and the ultimate sacrifice made by these brave men and women.”

The ceremony will start at 10 a.m. at the Georgia Public Safety Training Center. Governor Nathan Deal will be the keynote speaker.