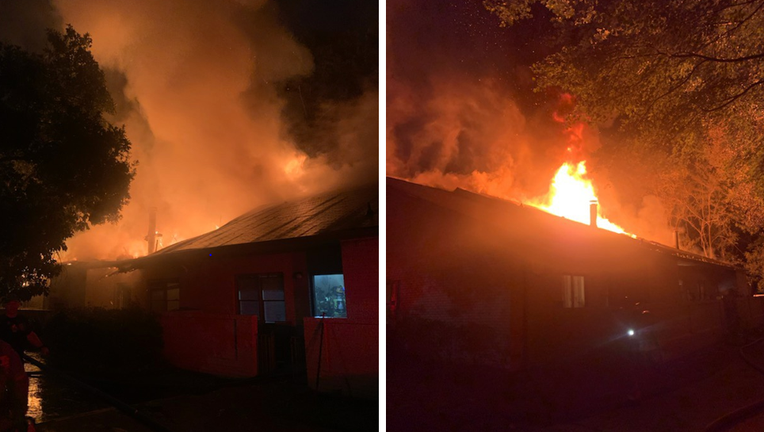 Officials said they were called to the 1100 block of Britain Drive around 12:44 a.m. in response to a 911 call reporting an apartment fire in one of the complex's buildings.

Fire officials say the fire was breaking through the roof as they began trying to extinguish the flames.

After about half an hour, crews were able to get the fire under control, but not before the blaze burned off the roof of part of the building and damaged the two units.

In total, three adults and four children were displaced by the fire.

No injuries were reported and officials say everyone was alerted by smoke alarms and escaped unharmed.

The cause of the fire has not been determined.