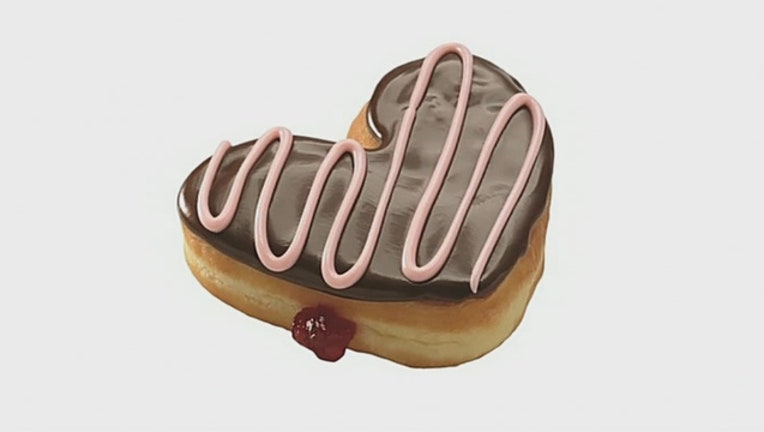 Dunkin Donuts is showing some love on its menu in honor of the upcoming Royal Wedding.

The breakfast food chain is offering a heart-shaped donut "filled with jelly, topped with chocolate icing and a strawberry drizzle."

Prince Harry and Meghan Markle's nuptials won't be the first time a royal family union is celebrated by the donut chain.

Back in 2011, the franchise honored Price William and Kate Middleton with a royal wedding donut. That donut was also a heart-shaped donut filled with jelly, but their donut was topped with vanilla icing and a chocolate drizzle.

The couple's love may not be fleeing, but this donut is. This year's limited edition Royal Donut will be offered at participating stores from May 14 to May 20.

Markle and Prince Harry are scheduled to be married on May 19.