The Georgia State Patrol is searching for the suspect who left the scene of the deadly crash on the downtown connector.

ATLANTA - An 18-year-old and an infant were killed and three other people were injured following a high-speed chase that resulted in a crash off the Downtown Connector Wednesday night in Midtown, officials said.

According to the Georgia State Patrol, a trooper clocked a vehicle, a black BMW coupe, driving 125 mph down Interstate 75 southbound near Howell Mill Road around 9:30 p.m. The trooper gave chase, but the driver continued to speed away, investigators said.

GSP said the BMW headed through a construction zone and continued south where it onto 17th Street. It then continued south on the access road crossing 14th Street. As the car approached 10th Street, it struck a stopped black Nissan Altima before hitting two other stopped vehicles.

The occupants of the Altima sustained injuries to multiple passengers and the driver.  The right rear passenger Anjanae McClain, 18, of Peachtree Corners, died at the scene. 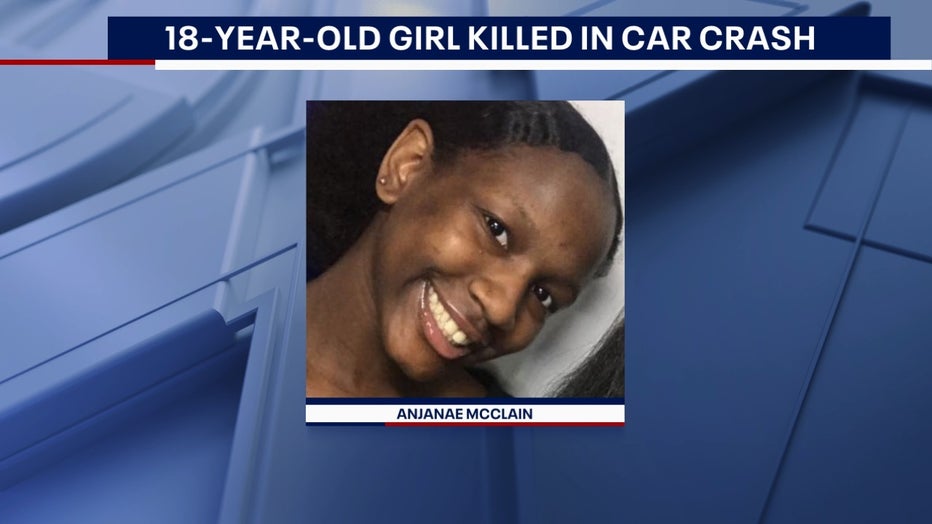 An infant in the center rear seat of the Altima was critically injured, investigators said and taken to Grady Memorial Hospital, then to Children’s Healthcare of Atlanta at Egleston. The infant was listed in critical condition late Wednesday, but family members told FOX 5's Aungelique Proctor Thursday afternoon that the infant died.

Three other passengers of the Altima were injured and transported to Atlanta Medical Center and were listed in stable condition.

The three passengers in the other two vehicles did not have complaints of injury and were not transported.

A teen was killed and other injured after a chase involving GSP ended in a crash.

Investigators said the driver of the BMW took off from the crash scene, but investigators were able to identify the suspect, a 25-year-old male using nearby security cameras. Warrants are being obtained for his arrest.

Authorities have not yet released his identity.