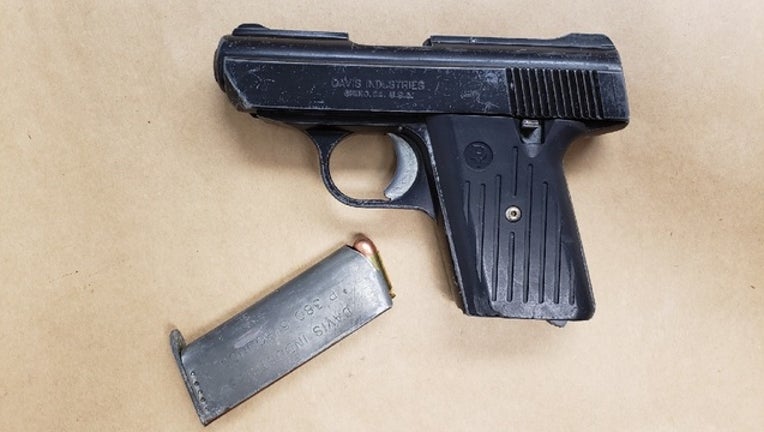 Deputies said they caught up with Xavier Matthew Lewis, 18, of Macon, running along Eisenhower Parkway near Key Street. Deputies said he had taken off his pants, ditched evidence taken from the crime scene during that chase in an attempt to hide, but deputies eventually caught him near Keystone Street after jumping several fences.

This started at the at West Macon home of Bibb County Commissioner Virgil Watkins around 8:20 a.m. Wednesday. Deputies said Watkins was asleep when Lewis kicked in the front of his door and started grabbing items. Investigators said Lewis pulled a gun on Watkins before running from the scene.

Investigators said Watkins was able to give a good description of Lewis during his 911 call which deputies said led to a quick capture.

During questioning, investigators said they were able to link Lewis to the armed robbery of a food truck on May 24. Deputies said Lewis pulled a gun on the two of the employees of Lou’s Grub Shack as they were parked in the 3300 block of Mercer University Drive around 5 p.m. Lewis demanded money, deputies said, but instead, one of the employees reached for a firearm. That’s when deputies said Lewis fired one shot and ran away empty-handed.

There were no injuries in either incident.

Anyone with information on either case is asked to call the Bibb County Sheriff’s Office at 478-751-7500 or call the Macon Regional Crime Stoppers at 1-877-68CRIME.