GORDON COUNTY, Ga. - An alert Gordon County deputy caught a suspected child molester in the act, according to an incident report obtained by FOX 5 News.

It happened Thursday afternoon shortly before 5 p.m. at the Sonoraville Recreation Center located on Fairmount Highway SE. According to the report, the deputy came across a red Honda Civic in the parking lot facing the football field. The deputy stated in the report he saw the car shaking violently when he pulled up.

Deputies found a man and a girl in the car. 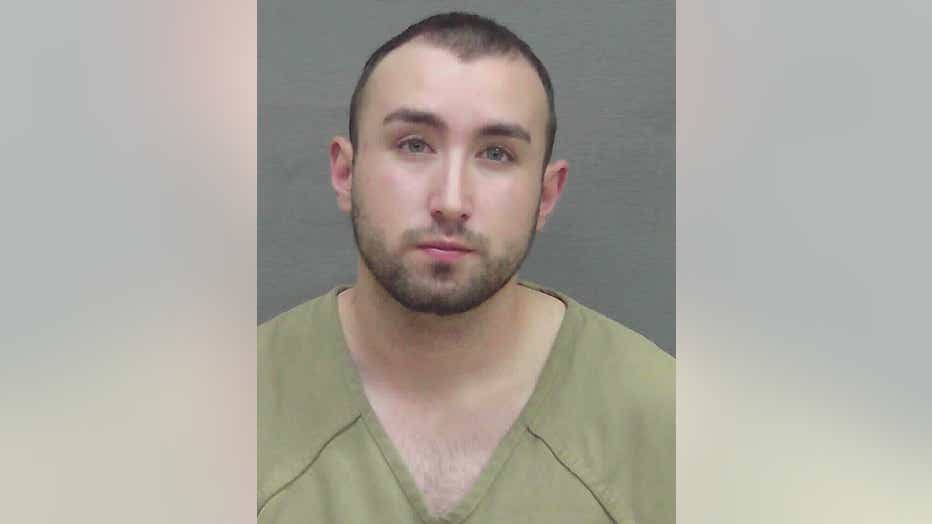 Sergio Arturo Roledo, 21, was found by deputies to not be wearing any pants and was covering himself with a jacket when he was asked to get out of the vehicle, the report states.

Initially, the girl gave officers a fake name, but eventually revealed she was 13, the report states.

When deputies went to take Roledo into custody, he moved away from the car telling deputies he "had trash to thro away." Deputies stated they were able to subdue him, despite his resistance, at which point he said "he didn't do anything" with the young teen. The report states he eventually told deputies they were "fooling around" and "yeah, we were just bored." The report then goes on to describe how Roledo told deputies he met her over a phone app.

Deputies tried to give the girl a breath sobriety test but could not get a reading due to her being uncooperative, the report states. She taken to AdventHealth Gordon Hospital and was released to her parents.

Deputies said Roledo was visibly drunk and an empty bottle of vodka was found in the glove box.

Roledo was booked into the Gordon County jail on charges of felony child molestation, enticing a child for indecent purposes, public indecency, loitering, prowling and obstruction.