CHEROKEE COUNTY, N.C. - Deputies in North Carolina have arrested a Blue Ridge, Georgia man who they say was involved in a drug-selling operation in the state. 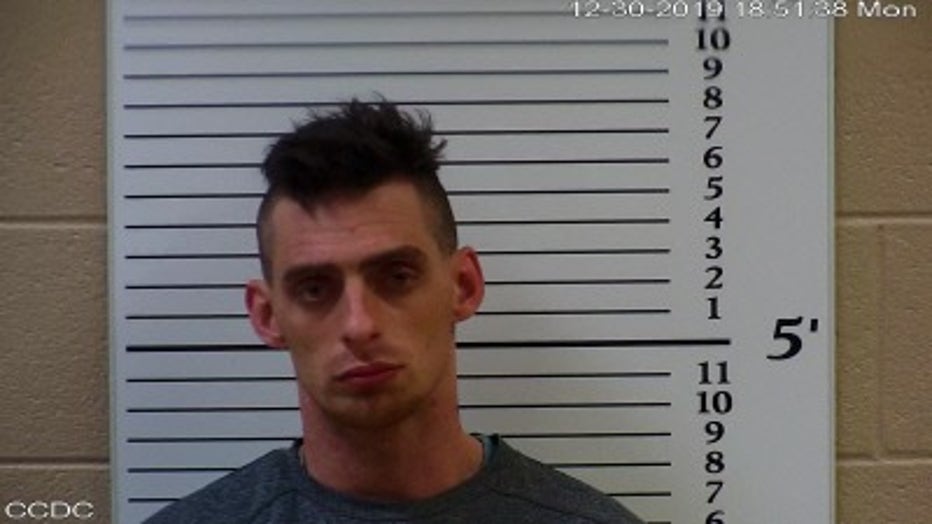 According to the Cherokee County Sheriff's Office, on Dec. 30 investigators were surveilling a home that had been identified as a location that had been selling controlled substances in the county.

When a vehicle was seen leaving the home, deputies began following it. At that time, 26-year-old Georgia resident Justin Lee Barnes was a passenger in the vehicle.

Officials say the vehicle committed an infraction, allowing deputies to stop it.

A check of Barnes' record led deputies to see that he had outstanding warrants for his arrest. Officials say when they searched his person, they found "a trafficking amount" of methamphetamine, schedule II controlled substances, and a "quantity" of hallucinogenic mushrooms.

Barnes is now being held at the Cherokee County Detention Center with a $120,000 bond.

The Georgia man has been charged with trafficking methamphetamine, simple possession of a schedule II controlled substance, and two counts of extradition/fugitive of another state.