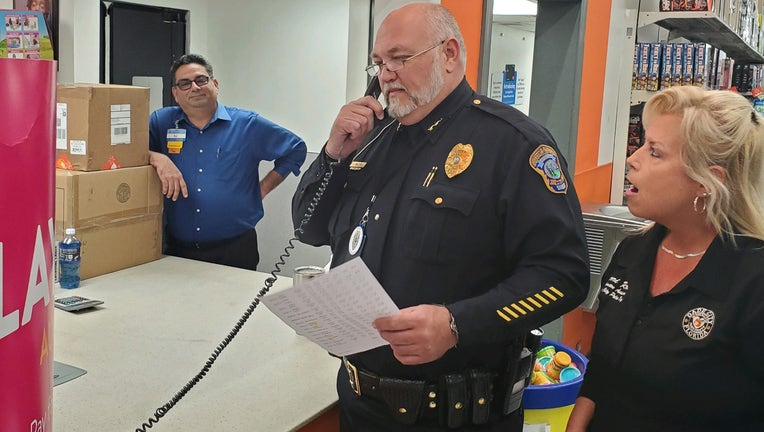 Dade City Police Chief James Walters played Santa and called recipients to let them know their bill had been paid. He said, "Each call made a lasting memory, not only for the recipients, but the givers, as well."