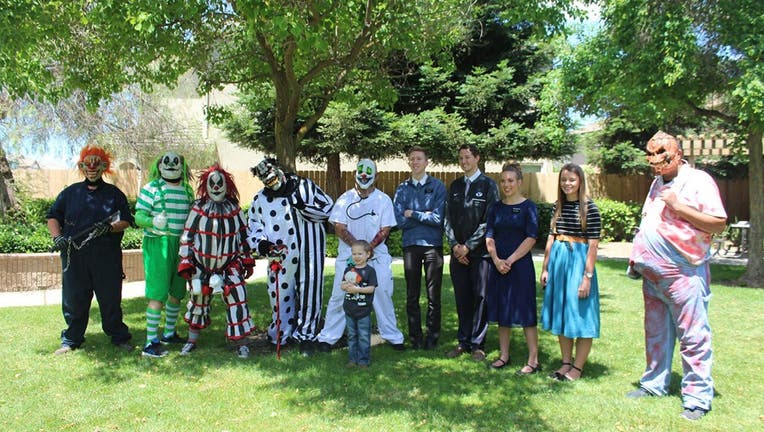 TURLOCK, Calif. - What do spooky clowns do outside of Halloween? Spread joy, of course.

Four-year-old Brodie was celebrating a milestone moment — the end of his cancer treatment after battling stage 3 Burkitt lymphoma since he was diagnosed in December, Yahoo Lifestyle reported. However, because of the coronavirus, Brodie was unable to revel with the traditional bell-ringing in front of friends and family at the hospital.

But that didn’t stop the brave little boy from having some much-needed fanfare to mark the occasion, with the help of a few scary friends from Turlock, Calif. 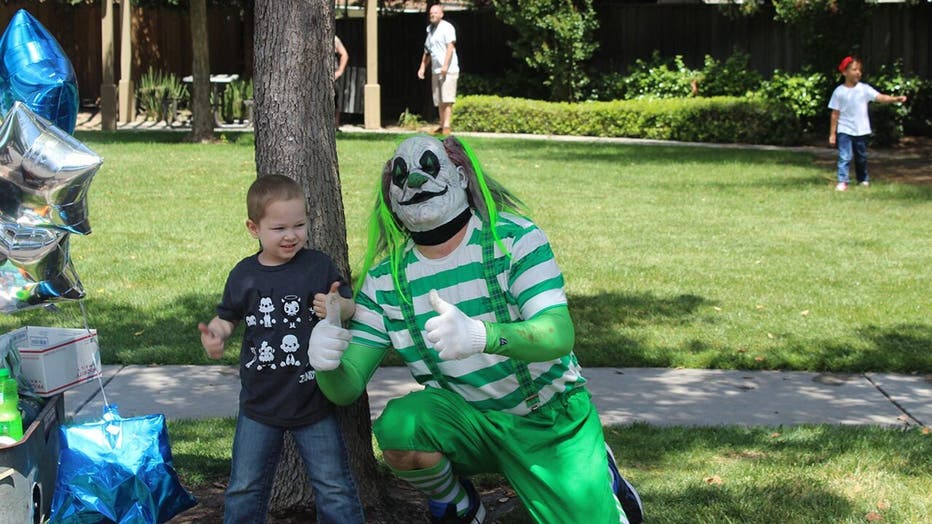 Brodie celebrated being cancer-free with his "creepy clown friends" in California's Central Valley. (Ranch of Horror)

Brodie, a lover of scary movies and clowns, in particular, was surprised on June 7, aka National Cancer Survivor Day, by a slew of ghoulish characters from Turlock’s Ranch of Horror — and the 4-year-old loved every second.

“Our clowns instantly fell in love with how excited this little guy was to see our scary clowns,” Ranch of Horror’s Heather May said to Yahoo Lifestyle.

Brodie had previously “met” the clowns and told them of his cancer diagnosis when they made a delivery to his home on St. Patrick’s Day and Mother’s Day, the outlet reported. (For certain holidays, like Valentine’s Day, Ranch of Horror cast members can be hired to make deliveries to unsuspecting recipients.) 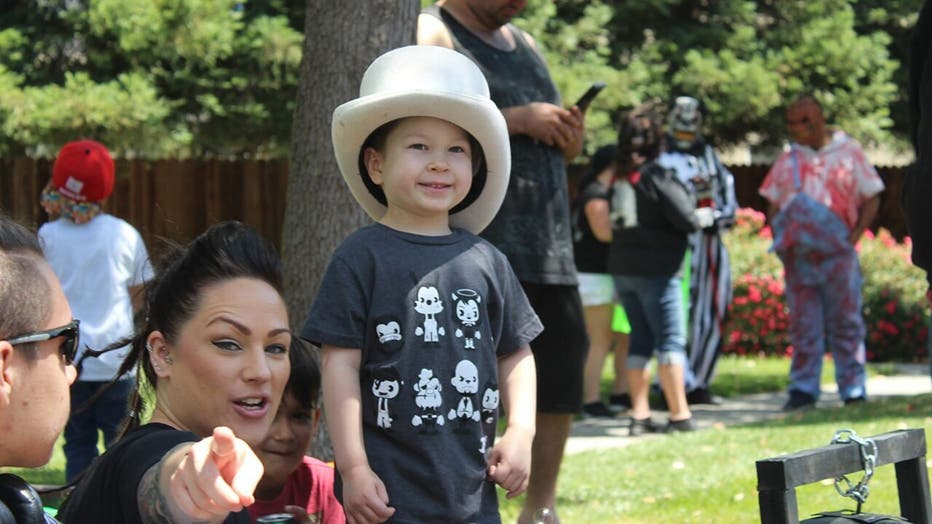 Brodie was able to keep the hat from one of his favorite clowns, Blanco, who was unable to attend the parade. (Ranch of Horror)

Ranch of Horror quickly created a Facebook event for the parade to “help this young haunter celebrate” the end of his cancer, and dozens RSVP’d for the celebration. But parading down the street — while remaining a proper distance away — was not the only trick these clowns had up their sleeve.

Brodie’s mother, Ali Nicole, asked those close to her son to “paint a rock for Brodie, letting him know they are thinking and praying for him.” In order to collect the rocks for Brodie’s future rock garden, the motley crew set up a wagon outside of the family’s home, and had a bell specially made "for Brodie to ring as his friends pass by during the parade,” and then to place in his garden later. 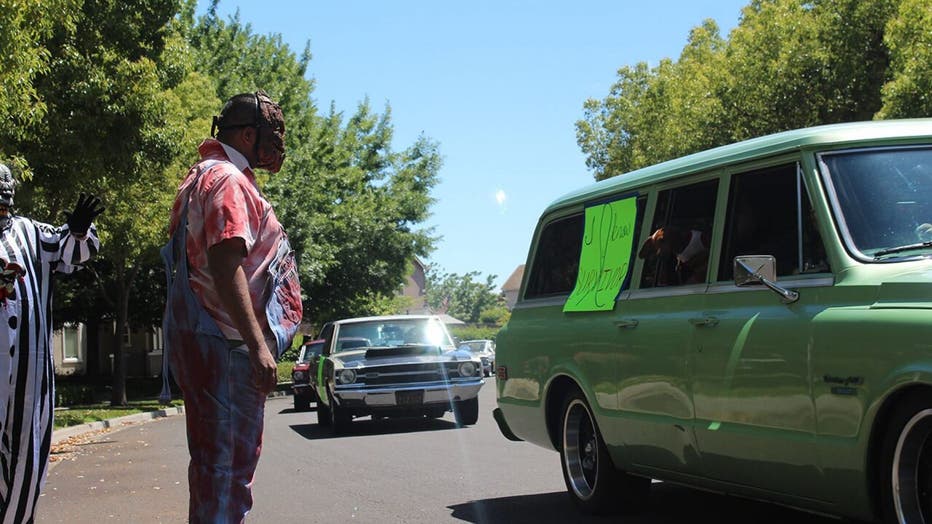 The social distance parade included cars and creepy clowns to celebrate with Brodie. (Ranch of Horror)

“It was the happiest I have seen him in a very long time — especially when he started to see his creepy clown friends,” Ali Nicole said to Yahoo Lifestyle. “He was jumping up and down in excitement.”