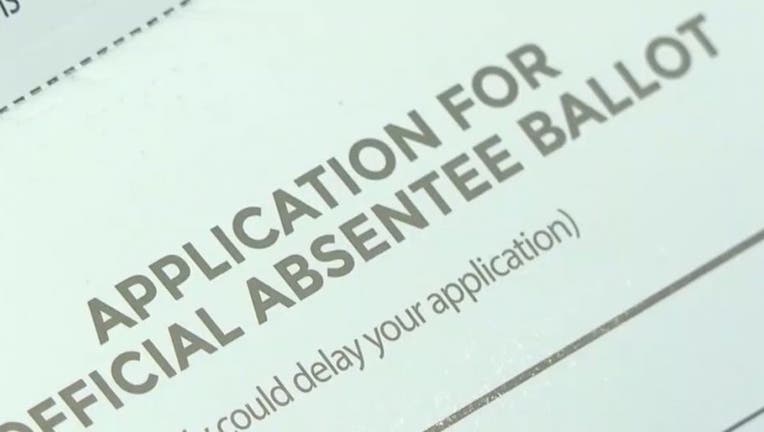 ATLANTA - A federal appeals court on Friday reinstated Georgia’s Election Day deadline for the receipt of mail-in ballots, staying a lower court ruling that had extended that deadline by three days for November’s general election.

Georgia law says absentee ballots must be received by the close of polls on Election Day. U.S. District Judge Eleanor Ross on Aug. 31 issued a preliminary injunction ordering that absentee ballots that are postmarked by Election Day and arrive at county election offices by 7 p.m. three business days later be counted.

The state appealed and a three-judge panel of the 11th U.S. Circuit Court of Appeals ruled 2-1 to stay the injunction pending the outcome of the appeal.

The power of federal judges “does not extend to second-guessing and interfering with a State’s reasonable, nondiscriminatory election rules,” Circuit Judge Britt Grant wrote in the majority opinion.

“We are glad the 11th Circuit recognized that long-standing Georgia law should remain in place for this election,” Secretary of State Brad Raffensperger said in a statement, adding that his office has taken steps to make it easier for voters to meet the Election Day deadline by implementing an online portal to request absentee ballots and providing drop boxes for their return.

Ross’ ruling came in a lawsuit filed by the New Georgia Project, a voter registration group, and several individual voters.

“The job of the Secretary of State is to remove barriers to voting,” she said in a statement. “This is not only a waste of taxpayers money but an effort to impede Georgian’s access to free and fair elections.”

In her ruling, Ross noted that Georgia election officials received a record number of absentee ballot requests for the June primary election after Secretary of State Brad Raffensperger encouraged Georgians to vote by mail amid concerns about the coronavirus pandemic. With the virus outbreak still going, there will likely be even more absentee ballot requests for the November general election, Ross wrote.

The risk of disenfranchisement is great and the “narrowly tailored” remedy of extending the deadline by three business days is appropriate, she wrote.

But Grant said it is up to states to set the rules governing how they run elections.

“COVID-19 has not put any gloss on the Constitution’s demand that States — not federal courts — are in charge of setting those rules,” she wrote, adding that, “Georgia’s decades-old Election Day deadline for absentee ballots does not threaten voting rights, and is justified by a host of interests.”

Ross “erred on two analytical fronts: first, in finding that Georgia’s Election Day deadline severely burdened the right to vote; and second, in improperly weighing the State’s interests against this burden,” the opinion says.

In a dissenting opinion, Circuit Judge Charles Wilson wrote that when reviewing a lower court’s order for a preliminary injunction, a federal appeals court should be looking for an abuse of discretion. That review should be “narrow” and “deferential,” he wrote, citing circuit precedent.

“The majority’s review is not ‘narrow,’ nor is it ‘deferential,’” Wilson wrote. “The district court did not act unreasonably when it directed the State to accept and count valid absentee ballots that are postmarked by and received within three days of Election Day. The district court applied the correct legal standards, made no clearly erroneous factfinding, and its conclusions are not unreasonable nor are they incorrect.”

For those reasons, he wrote, he would have denied the state’s request to stay the injunction.

Separately, in another case, the state on Friday filed a notice of appeal of another judge’s ruling requiring that every polling place have at least one updated paper backup list of eligible voters. U.S. District Judge Amy Totenberg entered the order Monday, calling it “a limited common sense remedy” to “real and repetitive voting impediments” voters have faced.

Voting integrity activists sought the change, arguing that malfunctioning electronic pollbooks created bottlenecks that contributed to long lines during the primary election in June and runoff election in August.