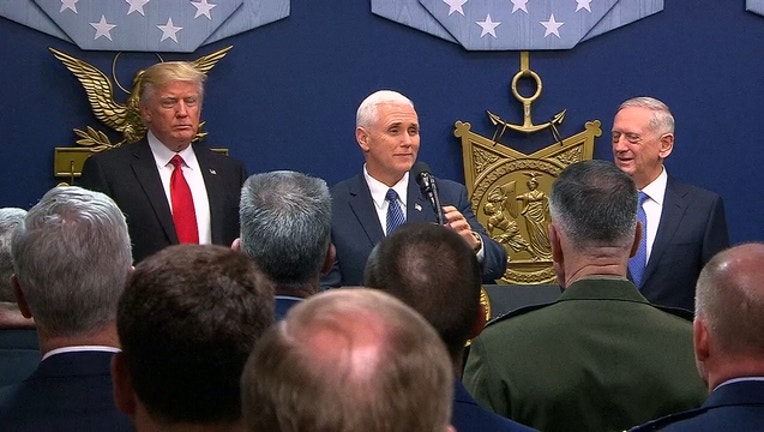 On a vote of 26-1, the Republican-led panel agreed that Mattis' nomination should be sent directly to the full Senate for consideration instead of first being referred to the committee. Although Trump selected Mattis last month, he can't formally nominate him until after he's inaugurated on Friday.

The move bypasses a procedural hurdle and all but ensures there will be a seamless transition at the Pentagon. Ash Carter has been serving as President Barack Obama's defense secretary.

Sen. Kirsten Gillibrand, D-N.Y., cast the lone vote against Mattis. Gillibrand opposed Mattis from the start because she said his appointment undermined the principle of civilian control of the military.

Congress last week approved legislation that grants a one-time exception for Mattis from the law that bars former service members who have been out of uniform for less than seven years from holding the top Pentagon job. The restriction is meant to preserve civilian control of the military.

Mattis retired from military service in 2013 after a 41-year career in uniform.