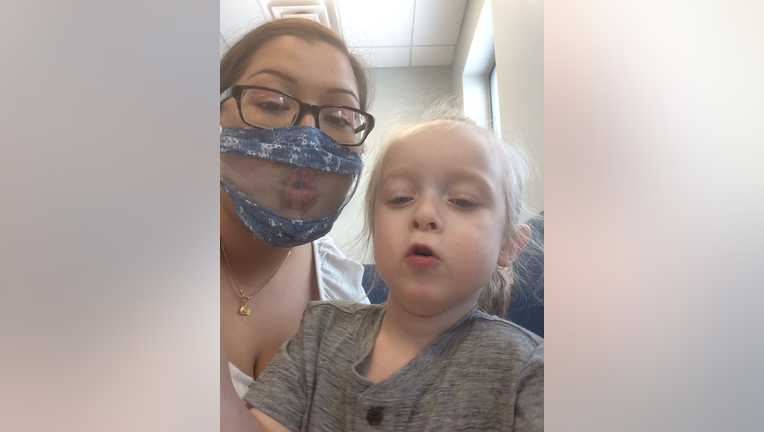 He is also on the autism spectrum.

Bowie Clark's therapist at the Marcus Autism Center uses animated facial expressions to keep him engaged and focused during their sessions, which are designed to strengthen his communication skills.

But, face masks, which are now required at the center, were making their sessions more challenging.

Bowie's mother says he doesn’t like it when he can’t see the lower half of her face.

"So, when I have the mask on, he's always trying to pull it down, so he can see my face," Stansbury-Clark says. 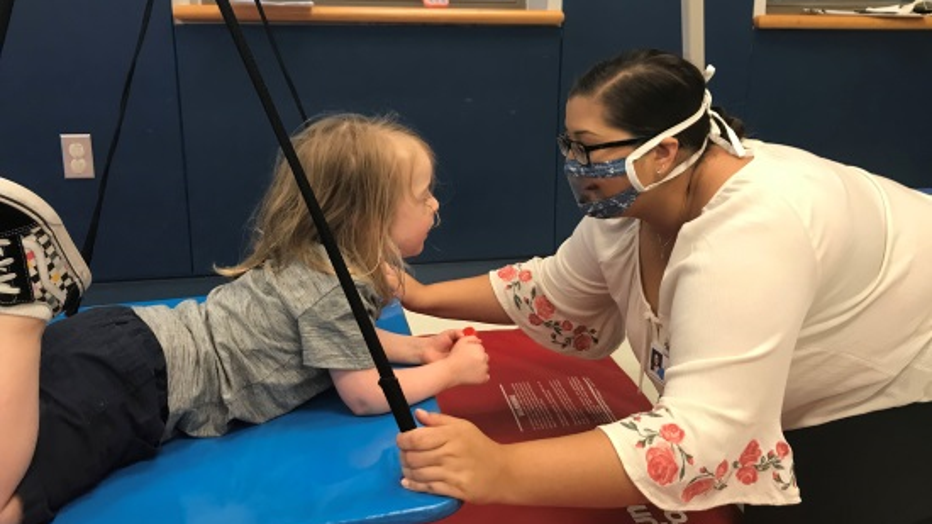 The Atlanta organization SMAH donated 40 cloth masks with transparent windows to the center for its staffers.

Nina Gerencser, program manager of the Language and Learning Clinic at Marcus Autism Center, says the clear masks allow their patients to see what their therapists are saying, and get a better read on their facial expressions.

That is an important part, she says, of building early communication skills.

"So being able to do those grand gestures, like, 'Say this!' can bring them into that space with you and really work on something that is very challenging for them," Gerencser says.  "We want this to be very fun and engaging. So, having that (transparent) mask also creates a sense of normalcy."

After about two weeks of using the new adaptive masks, she says, they are seeing some signs of progress.

"We actually just celebrated today, another little boy is starting to mimic, as a result of this," Gerencser says. "So, we have several little kids in the classroom now being able to say 'mama' and animal sounds."

Each new sound and each new word is a step forward for Bowie Clark.

"So, for me to see my big boy being able to communicate, it's absolutely heart bursting," his mother says.  "It's, it is a gift."