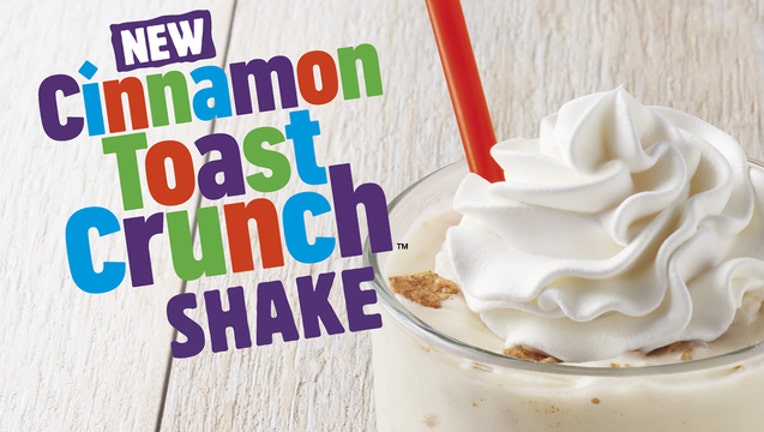 Back in April, the chain, known first for its flame-broiled burgers, introduced a Froot Loops milkshake, which we tried and reviewed alongside a new drink debuted by Starbucks.

Since cinnamon is a popular fall-favorite flavoring, it seems like the perfect time to blend this spiced cereal with ice cream - reminding us of summer while ushering us into the Halloween candy season.

Burger King says customers loved the Froot Loops shake, so this was the next logical step.

Burger King says the Cinnamon Toast Crunch shake is available for a limited time at participating restaurants for a recommended price of $2.99.