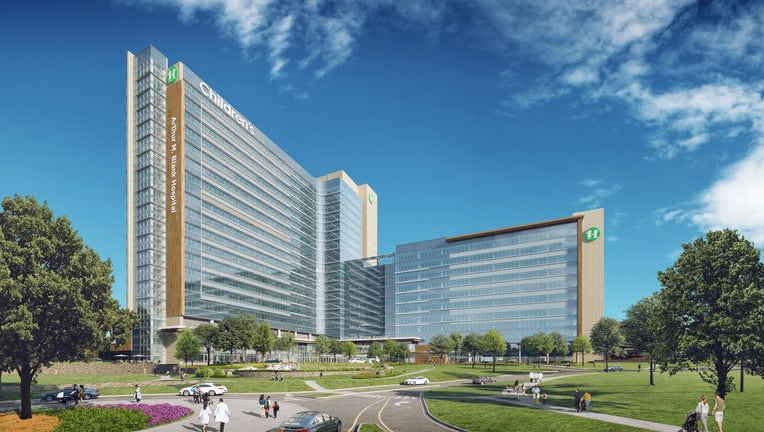 BROOKHAVEN, Ga. - Children's Healthcare of Atlanta has announced plans to create a new, state-of-the-art hospital after an immense donation by the Arthur M. Blank Family Foundation.

Monday, officials said the $200 million donation from the foundation is the largest donation in CHOA's history and the single largest naming gift to a freestanding pediatric hospital.

The new hospital, which will be named the Arthur M. Blank Hospital, is planned to open at the northeastern corner of North Druid Hills and Interstate 85 in Brookhaven in 2025. It is the largest healthcare project ever in Georgia history, officials said.

“It’s a great honor for me and my family to be connected to Children’s, and a great honor for us to be connected to a system that has dealt with research, illness and disease for the most precious commodities that we have in the world, our children,” Blank said in a statement. “Children’s is one of the greatest pediatric hospitals in the United States. The work they are doing right here in our backyard will make a difference forever, and that’s very meaningful to me, my family and our associates.”

Blank, the co-founder of the Home Depot and owner of the Atlanta Falcons, Atlanta United, Mercedes-Benz Stadium, and more, has worked with Children's for nearly two decades. He had previously donated nearly $10 million to the pediatric healthcare organization.

“As the largest and only freestanding pediatric healthcare system in Georgia, it’s our responsibility to serve both current and future generations of children,” Children's CEO Donna Hyland said. “Today’s milestone marks an important step in making this hospital a reality, which will ensure we can meet the growing patient demand, bring hope to families and provide access to the unique specialized care offered by Children’s. We are beyond grateful to Arthur and his family foundation for this generous donation to help our mission grow and inspire others to give to Children’s.”

The 1.5 million-square-foot hospital will include one tower with two wings and will focus on cardiac, hematology, oncology, and transplant services. It will also include the Aflac Cancer and Blood Disorders Center – which Children's says cares for more kids with cancer than anywhere else in Georgia.

The hospital will also be designated a dedicated Level 1 pediatric trauma center, the only one in the state.

Connected to the hospital with be an 11-story building which will be used to house outpatient clinics, medical conference space, and simulation center.