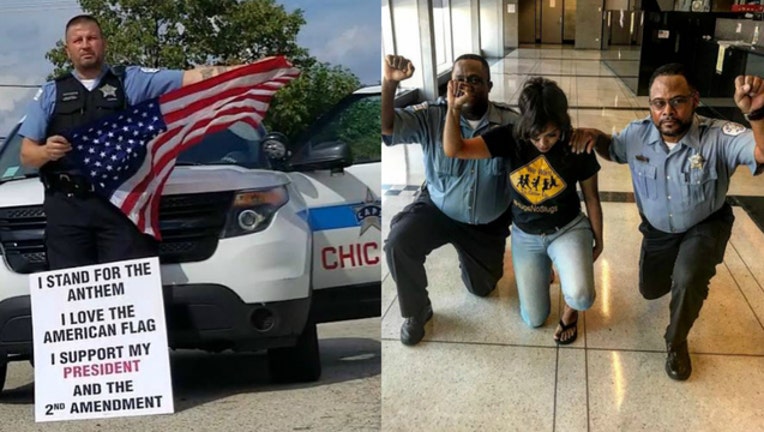 CHICAGO (FOX 32 NEWS) - Mere days after two Chicago police officers were reprimanded over photos of them kneeling in uniform, another officer posted a photo demonstrating his support for the American flag, national anthem, gun rights and President Donald Trump.

John Catanzara posted the photo of him holding up the American flag in front of a Chicago police cruiser to his Facebook page Tuesday night with the caption: “2 sides to a story.”

The demonstrations came after Sunday when players and management all across the NFL took a knee to protest President Donald Trump’s comments on the league.

Two African-American officers agreed to kneel alongside Clark in uniform and inside the station. Clark posted the picture of the three of them, fists raised in the air, on her Instagram account.

The Chicago Police Department policy in question is part of the rules of conduct, which prohibits officers from taking a political stance while in uniform.