Montgomery County police say a man who was a passenger in the red car was wounded in the shooting that took place at around 7 p.m. He was transported to the hospital with serious injuries.

After the gunfire rang out, the driver of the vehicle lost control and crashed into a brick column outside of the entrance to the sporting goods store.

“Right before he made that left turn where he hit the green pole, I heard what I believed was a gunshot and later police confirmed it was. Once that happened, I knew something was wrong,” a witness told FOX 5. “I got my mom in the car and my grandma back in the car. We left our cart with all of our stuff and we drove out of here as fast as we could.”

Two women also inside the car suffered non-life-threatening injuries and were taken to the hospital as well, authorities say.

It remains unclear what led up to the shooting, which remains under investigation.

Police are looking for four to five male suspects and are also reviewing surveillance video recorded at the mall. 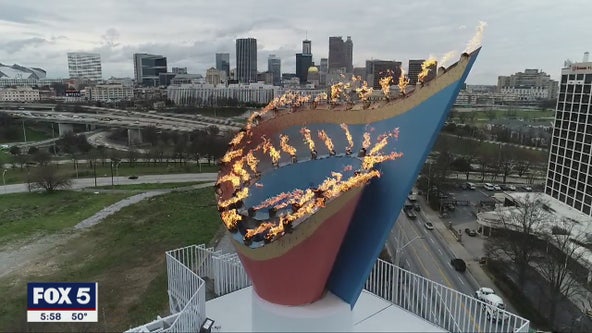