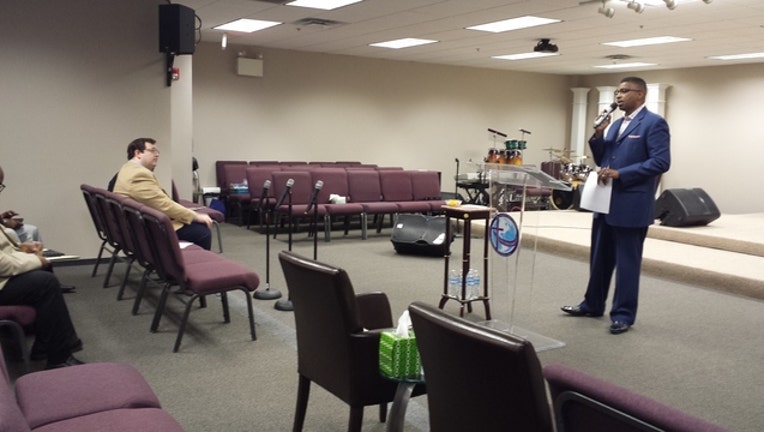 NORCROSS, Ga. - A group of black clergy from all over the state met Wednesday to hear arguments on both sides of the debate over Georgia's controversial "religious freedom" bill.

"I just think that we are better people when we are educated on a thing," explained Bishop Hutchins.

The Free Exercise Protection Act shields clergy from having to perform marriage ceremonies that violate their beliefs.  It also protects faith-based organizations from providing social, educational or charitable services in violation of their religious views.  Lawmakers gave the bill final approval last week.

"How many of you have had people in your church who wanted to get married that you simply said to them, 'you weren't ready?' Have any of them sued you?"  Asked Rev. Hutchins.  "We don't need public policy that discriminates against others to try to 'protect the freedom' of some."

Hutchins and others fear the bill was designed to discriminate against members of the LGBT community in response to the Supreme Court ruling that overturned same-sex marriage bans across the country.

Sen. McKoon, however, maintained the bill was not written to legalize discrimination in any form.  Instead, he said the bill would help provide legal cover for people of faith so that the government cannot punish them for acting in accordance with their beliefs.

Pastors in attendance said the discussion gave them a better picture of what the bill means for Georgians.

"There are portions of the act--especially the pastors protection part --that I'm definitely for," said Bishop Hutchins.  "There are other things that I still have questions about."

Governor Nathan Deal has until May 3 to decide if he will sign the bill, veto it or take no action, which would result in it becoming law without his approval.