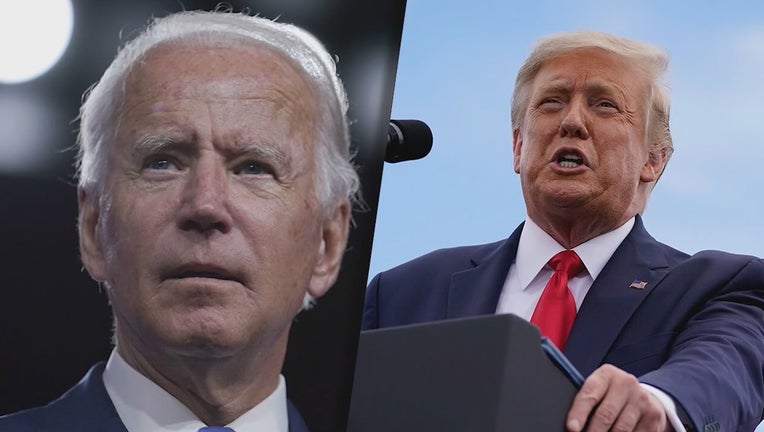 New polls released six weeks before the November election in two states President Trump won in his 2016 White House victory indicate that the race is currently deadlocked between the president and Democratic presidential nominee Joe Biden.

The former vice president and Trump are tied at 47% among likely voters in Iowa according to a Des Moines Register/Mediacom poll released on Tuesday. Four percent of those questioned in the public opinion survey said they would vote for someone else, and three percent were unsure.

An average of all of the most recent public opinion polls in Iowa compiled by Real Clear Politics indicates the president with a slight 1.4 percentage point edge over Biden. President Barack Obama carried Iowa in the 2008 and 2012 elections, but Trump flipped it from blue to red four years ago, topping 2016 Democratic presidential nominee Hillary Clinton by 9 points.

The survey shows a vast gender divide, with the president leading by 21 points among men and Biden ahead by 20 points among women.

“I don’t know that there’s any race in the history of presidential polling in Iowa that shows this kind of division,” said Ann Selzer, president of Selzer & Co., which conducted the poll.

The poll – which was conducted between Sept. 14 and 17, prior to the death of Supreme Court Justice Ruth Bader Ginsburg – also indicated Republican Sen. Joni Ernst trailing Democratic challenger Theresa Greenfield by a narrow 3-point margin, 45%-42%. Greenfield’s edge is within the survey’s margin of error of plus or minus 3.5 percentage points.

Biden and Trump are also deadlocked at 47% among likely voters in Georgia, according to a new Atlanta Journal Constitution poll conducted by the University of Georgia’s School of Public and International Affairs. Four percent of those questioned were undecided and 1 percent were backing Libertarian nominee Jo Jorgensen. The poll was conducted Sept. 11-20, mostly before Ginsburg’s death on Friday.

Georgia – a red state for a couple of decades – tightened in the 2016 election, when Trump captured the state’s 16 electoral votes by just five points. An average of the latest public opinion surveys in Georgia compiled by Real Clear Politics indicates the president with a 1.3-point edge over Biden

Republican Sen. David Purdue edged Democratic challenger Jon Ossoff 47%-45%, within the survey’s margin of error of plus or minus 4.3 percentage points.

In the special election for the seat currently held by appointed GOP Sen. Kelly Loeffler, the incumbent’s at 24%, with fierce Republican rival Rep. Doug Collins and Democrat Raphael Warnock each at 20%. Democrat Matt Lieberman – the son of former Sen. Joe Lieberman of Connecticut – stands at 11% support, with Democrat Ed Tarver at 5%. Both are facing calls to drop out of the race and back Warnock, following Ginsburg’s passing.

Four years ago, public opinion polls in the key battlegrounds of Michigan, Pennsylvania and Wisconsin indicated Clinton with the single-digit advantage on the eve of the election. But Trump edged his Democratic rival in all three states, helping him march to a large electoral college victory over Clinton and winning him the White House.

The release of the new polls in the presidential race comes a day after the Biden campaign announced that they were going up with a new ad blitz in Georgia and Iowa as they try to expand the general election battleground state map.

The launching of ads in Georgia and Iowa brings to a dozen the number of states where the campaign is pouring in resources to create a “broad and diverse map that paves multiple paths for Joe Biden to reach 270 electoral votes.”