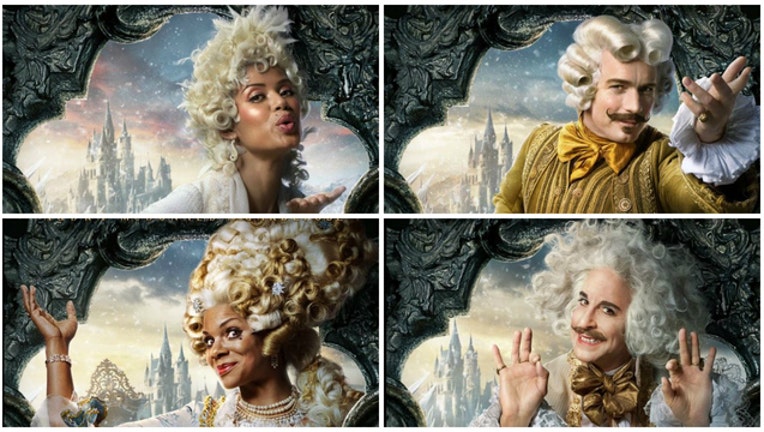 HOLLYWOOD (Fox 32 News) - The upcoming "Beauty and the Beast" includes the first-ever and second-ever interracial kiss in a live-action Disney movie, said the director, but that's not quite true.

The movie is a live-action remake of the popular cartoon. In this new version, Cadenza (played by Stanley Tucci) kisses Madame de Garderobe (Audra McDonald). Plumette (played by Gugu Mbatha-Raw) and Lumiere (Ewan McGregor) also get in a smooch.

"I didn't give it a second thought, then at the preview, the [Disney] chairman told me that it was the first and second interracial kiss in a Disney movie," director Bill Condon told BBC Radio. "That shocked me. I was surprised it hadn't happened before.... and they [Disney] were excited by that."

Buzzfeed News reports that is not exactly true; the website reported that there was an interracial kiss in the 2002 Disney movie "Snow Dogs" starring Cuba Gooding Jr. In that film, he kisses Joanna Bacalso.

Other astute online commentators pointed out that "Princess Diaries 2: Royal Engagement" includes a kiss between Julie Andrews and Hector Elizondo.

And if you want to branch out and include animated films as well, Princess Tiana kisses Prince Naveen in "The Princess and the Frog."