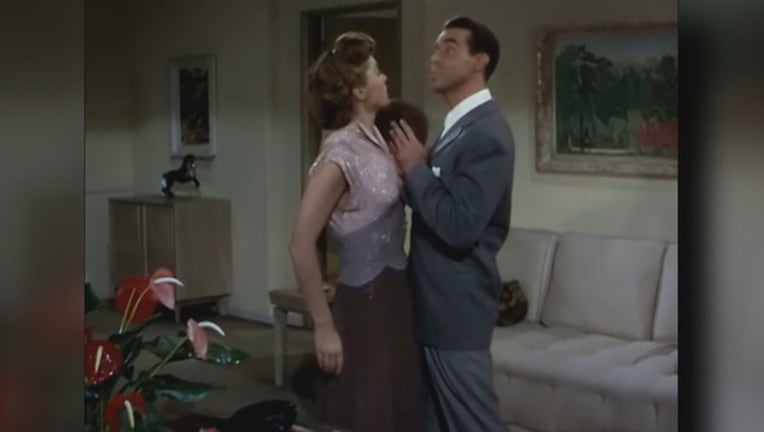 Esther Williams and Ricardo Montalban sing "Baby, It's Cold Outside" in Neptune's Daughter in 1949.

FOX NEWS - After sparking controversy over its lyrics in a post-#MeToo-awareness world, Dean Martin’s version of the holiday song “Baby It’s Cold Outside” rose to No. 10 in a major Billboard ranking.

As previously reported, “Baby It’s Cold Outside,” originally recorded in 1944 by Frank Loesser, found itself in the crosshairs of public debate with many criticizing the song’s lyrics as an example of a male simply not taking “no” for an answer. As a result, several radio stations in the country have removed it from holiday playlists, much to the dismay of fans who defend the song as a gem from an older era without any real malicious intent.

Despite the controversy, or perhaps because of it, a rendition of the song sung by Dean Martin in 1959, jumped from No. 31 on Billboard’s Digital Song Sales chart to No. 10 on the list dallied from Dec. 22. As The Hollywood Reporter notes, that’s a 70 percent jump to 11,000 downloads sold in the week ending Dec. 12. For the second week in a row, the cover is second in terms of Christmas songs, only being beaten by Mariah Carey’s “All I want for Christmas Is You.”

The outlet notes that covers of the song by Brett Eldredge’s 2016 cover featuring Meghan Trainor and Idina Menzel and Michael Buble’s from 2014 sit at 84 and 72 respectively on the Billboard chart.

Read more from FOX NEWS on their wesbite.