The little girl was trapped in a room by the fallen tree but thankfully was not hurt.

DEKALB COUNTY, Ga. - A baby girl is safe and sound after she had to be rescued from her home Thursday morning.

Officials say the tree fell on the house in the Stone Mountain area around 6:30 a.m. while the family was sleeping.

Homeowner Ashlee Johnson told FOX 5 she was in bed sleeping with her son when she heard a loud boom.

Johnson thought it was lighting but actually turned out to be a large falling down. Moments later she heard a second boom when the tree fell through her home, dropping insulation on top of her. 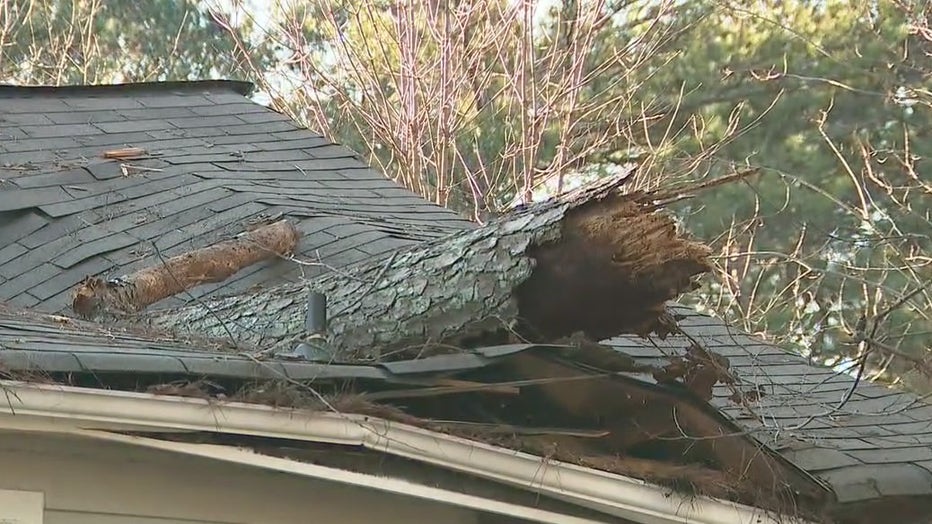 Rushing to get her 1-year-old baby girl, Johnson realized she couldn't open the door to her daughter's room. That's when she called DeKalb County Fire and Rescue.

"I just was scared that, you know, something was going to happen to my baby," Johnson said.

Fire crews came, cut the door open, and got the little girl out. Thankfully, she only had a bit of insulation fall on her.

"I'm just thankful that everybody is safe, but it was definitely scary," Johnson said. "It was nothing I ever want to have to go through again." 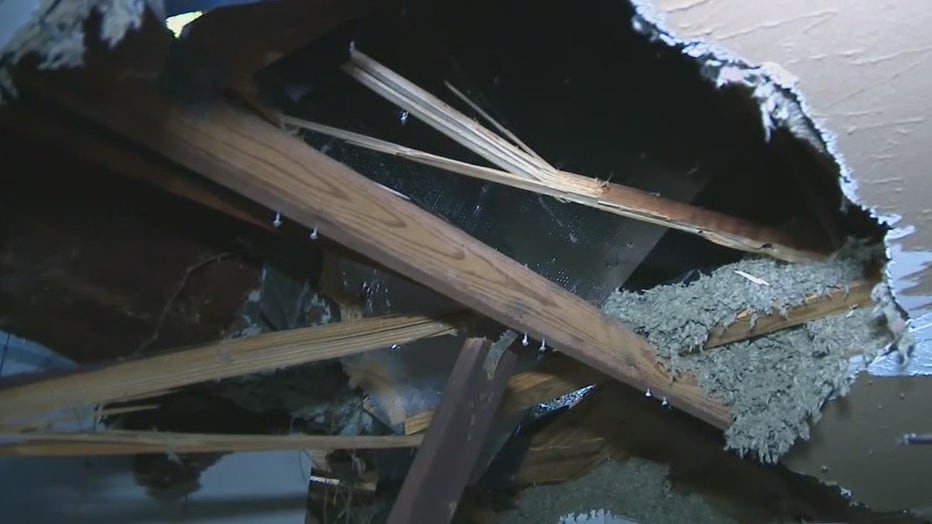 Most of the damage was done to the structure of the home.

The family is now hoping that it doesn't rain in the next few days.