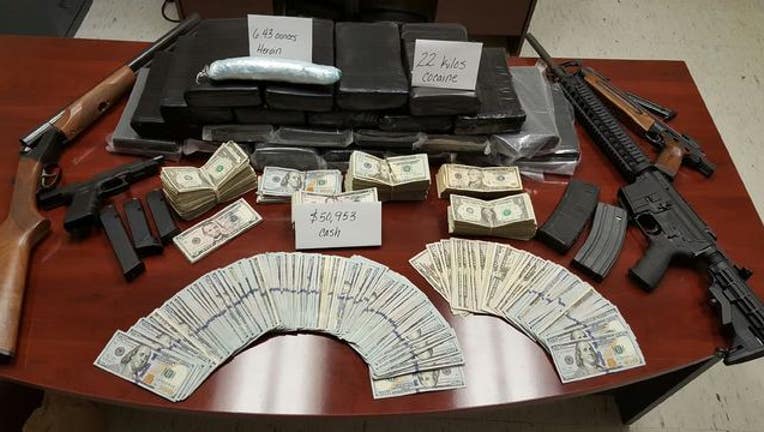 A three-month-long undercover operation came to an end on Tuesday after the Rockdale County Sheriff's Office executed search warrants at several residences connected to a drug trafficking organization.

Authorities seized $660,000 worth of drugs in the bust, which included 22 kilos of cocaine, 6.43 ounces of heroin and $50,953 in cash. Deputies also found multiple firearms and two vehicles with hidden compartments used to traffic drugs.

All four suspects are facing a number of charges including trafficking in cocaine and heroin and possession of a firearm during the commission of a felony.

The suspects are being held at the Rockdale County jail.