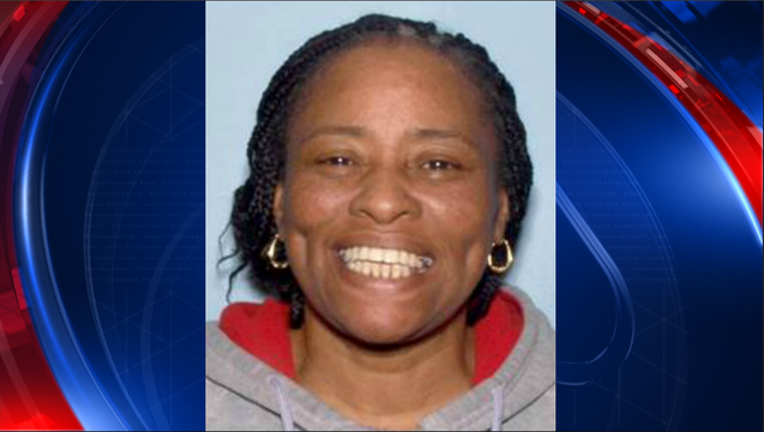 COBB COUNTY, Ga. - Authorities are searching for a 55-year-old Cobb County woman who went missing between September 9 and 10, according to the Cobb County Police Department.

Theresa Mae Murphy, from Cobb County, boarded a “Wanda Coach” bus in Atlanta, Georgia on Saturday, September 9 for New York City.  She spoke with a family member while in South Carolina.

The bus arrived in New York City on Sunday, September 10, but police can't confirm that Murphy was on it, nor has she communicated with her family since.

During the trip, the bus made stops in Charlotte, N.C., Durham, N.C., and Richmond, VA.

Murphy suffers from kidney failure and requires dialysis. There is a great concern for her health and well-being since it has been several days since she has received medical treatment or dialysis, according to police.

The New York Police Department is also assisting in the investigation.

Murphy has brown eyes and black hair with braids.  She was last seen wearing gray sweatpants with the word “Love” on the hip, a gray t-shirt, and a cream colored zip-up hoodie jacket with burgundy flowers.

Anyone has with information on the whereabouts of Theresa Mae Murphy is asked to contact their local law enforcement agency by dialing 9-1-1 or contact the Cobb County Police Department Crimes Against Persons Unit at (770) 499-3945.