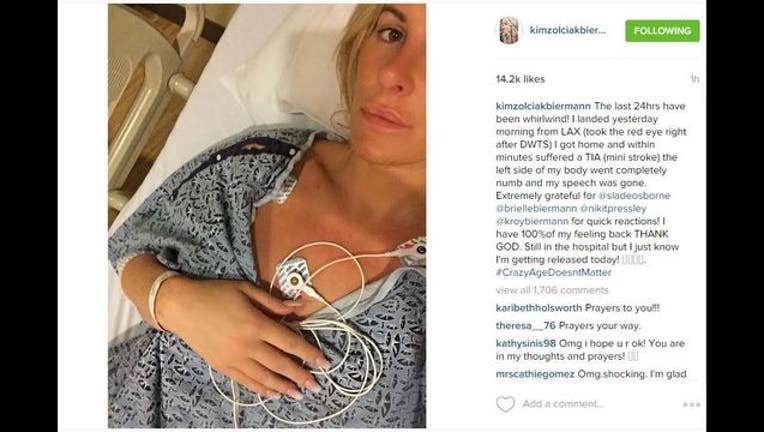 "The last 24hrs have been whirlwind!" Biermann said.

She had just arrived in Atlanta from Los Angeles Wednesday morning when the left side of her body went completely numb and her speech was gone. She said she suffered a TIA or a mini stroke.

"I have 100% of my feeling back THANK GOD," Biermann said on Instagram. "Still in the hospital but I just know I'm getting released today."

The former Real Housewives of Atlanta star went on to say she's extremely grateful for the quick reactions of her husband, her daughter Brielle, her daughter's boyfriend and her hairstylist.

Biermann has been flying back and forth from Atlanta to Los Angeles as a cast member of season 21 of Dancing with the Stars.

The Atlanta resident is married to NFL player Kroy Biermann, who plays for the Falcons. The Biermanns also star in the current Bravo reality show Don't be Tardy, which is filmed in Atlanta.