Mother goes back to college for child

ATLANTA - At Leonora P. Miles Elementary in Atlanta, Kanesha Burch teaches her second graders is in one classroom while her son, 6-year-old Antonio Gaylord Jr., attends kindergarten in another. 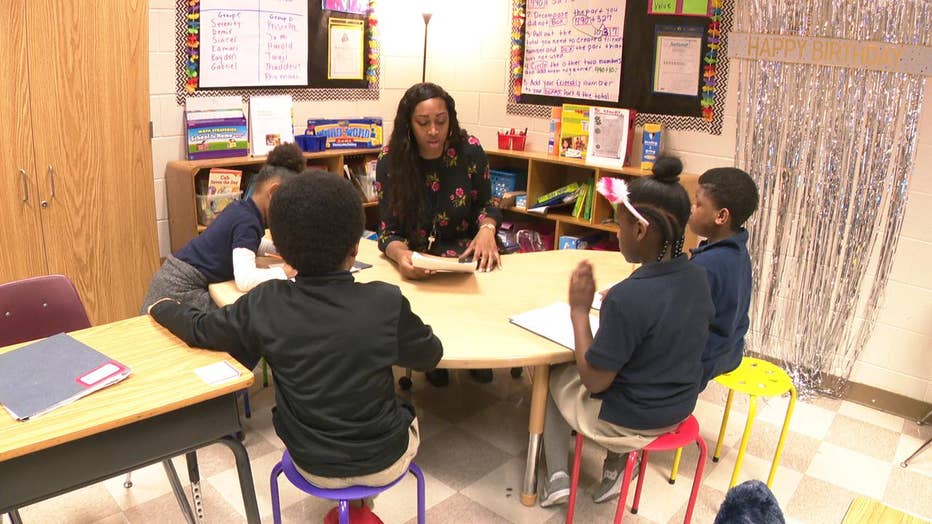 Kanesha Burch was willing to do anything to help her son, Antonio, who diagnosed with an autism spectrum disorder. The Atlanta teacher went back to college to get a degree she knew would help Antonio. Today, the 6-year-old is thriving.

When he was 3, Antonio grew quiet and distant.

"So, he almost lost all of his speech," Burch says. "Then, also, socially, he isolated himself from other children, and he was aggressive. I found him to be very overstimulated by his senses, to lights, sounds, taste, textures, tags."

Antonio, she says, was kicked out of two different daycares for behavioral problems. 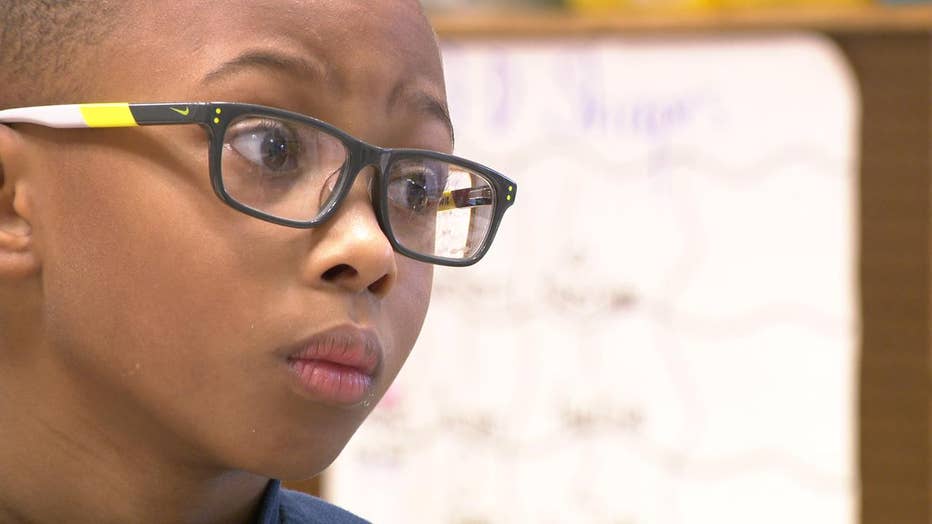 Kanesha Burch was willing to do anything to help her son, Antonio, who diagnosed with an autism spectrum disorder. The Atlanta teacher went back to college to get a degree she knew would help Antonio. Today, the 6-year-old is thriving.

"And, when I tried to take him to other daycares, without even giving him a chance, they would say, 'Oh, we can't meet his needs,'" Burch says.

Antonio was diagnosed with an autism spectrum disorder, or ASD, a common developmental disorder that affects behavior and communication.

"It was very frightening," his mother says. "As a parent, you don't expect it, and as a parent, you're trying to figure out why."

She was able to get him into two studies at Children's Healthcare of Atlanta's Marcus Autism Center, where they recommended ABA, or applied behavioral analysis.

So Burch did some research and found an online graduate program at Purdue University for a Master's Degree in psychology with a focus on ABA.

"I applied, I got in, because I already had my bachelor's in early childhood education, and I studied it," she says. "It's been the best thing I could have done for my child."

Because by learning about ABA, she opened a door.

"I learned so much about Antonio," Burch says. "I learned why he was doing what he was doing socially. I understood how to meet him at his level to help him."

Hendrix says Burch's commitment to her son is "huge."

It took 18 months, but Kanesha graduated.

She and Antonio have been working hard ever since, and it seems to be paying off.

"He wants to interact with his peers, he's open to it," Burch says. " His speech is much better. He's starting to speak in complete sentences now."

Recently, Antonio Gaylord did something brave, she says.

in front of the whole school, to receive his A-B honor roll award.

It's a sign, his mom says, of how far Antonio has come.

"I felt overjoyed," Kanesha Burch says. "I felt like my hard work paid off.