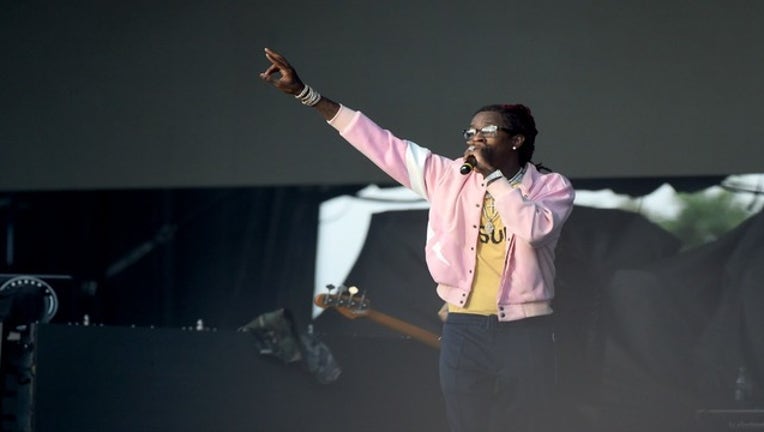 The rapper, whose real name is Jeffery Lamar Williams, was booked on a weapons possession charge just after midnight Friday, said Officer Drake Madison. He was being held on $35,000 bail.

Madison said several hundred people had gathered outside a Dave & Buster's sports bar in the city's Hollywood area, where the rapper was hosting an event for his new album, "Slime Language."

Officers detained several in the crowd, including Williams, and officers found a firearm inside his car, Madison said. Police provided no other details.

Williams was arrested in September 2017 on drug and gun charges after a traffic stop near Atlanta.

Brian Steel, an attorney who represented him in that case, did not immediately respond to an email seeking comment Friday.

This story has been corrected to show the suspect's first name is spelled Jeffery, not Jeffrey.