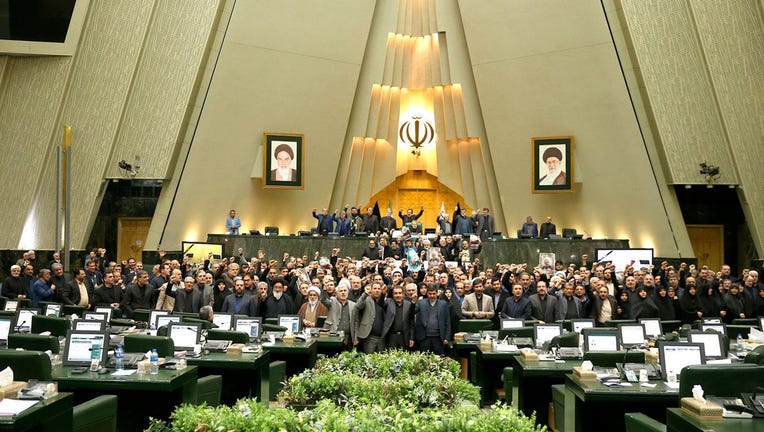 TEHRAN, Iran - Iran struck back at the United States for the killing of a top Iranian general early Wednesday, firing a series of surface-to-surface missiles at two Iraqi bases housing U.S. troops and warning the United States and its allies in the region not to retaliate.

The attacks were the result of escalating tensions that have been steadily rising in the Middle East following months of threats and attacks after President Donald Trumps's decision to pull out of Tehran's nuclear deal established with world powers.

The Department of Defense released a statement after the strike, which occurred at 5:30 p.m., saying Iran launched more than a dozen ballistic missiles at the two bases at Al-Assad and Irbil. The bases are host both U.S. military and coalition personnel. DoD says they are still working to get initial assessments of the damage done.

President Trump says that Iran would have a much stronger hold on Irag if U.S. troops left.

Iranian state TV said the attack was in revenge for the killing of Revolutionary Guard Gen. Qassem Soleimani, whose funeral procession Tuesday in his hometown of Kerman prompted angry calls to avenge his death, which drastically raised tensions in the Middle East.

Iran’s Revolutionary Guard warned the U.S. and its regional allies against retaliating over the missile attack against the Al-Assad air base in Iraq’s western Anbar province. The Guard issued the warning via a statement carried by Iran’s state-run IRNA news agency.

“We are warning all American allies, who gave their bases to its terrorist army, that any territory that is the starting point of aggressive acts against Iran will be targeted,” The Guard said. It also threatened Israel.

DoD says the bases have been on high alert following indications that the Iranian regime was planning to attack forces in the region.

"As we evaluate the situation and our response, we will take all necessary measures to protect and defend U.S. personnel, partners, and allies in the region," they said.

The president says he will be making a statement in the morning.

Al-Assad air base is in Iraq’s western Anbar province. It was first used by American forces after the 2003 U.S.-led invasion that toppled dictator Saddam Hussein, and later saw American troops stationed there amid the fight against the Islamic State group in Iraq and Syria. It houses about 1,500 U.S. and coalition forces.

Wednesday’s revenge attack came a mere few hours after crowds in Iran mourned Soleimani and as the U.S. continued to reinforce its own positions in the region and warned of an unspecified threat to shipping from Iran in the region’s waterways, crucial routes for global energy supplies. U.S. embassies and consulates from Asia to Africa and Europe issued security alerts for Americans.