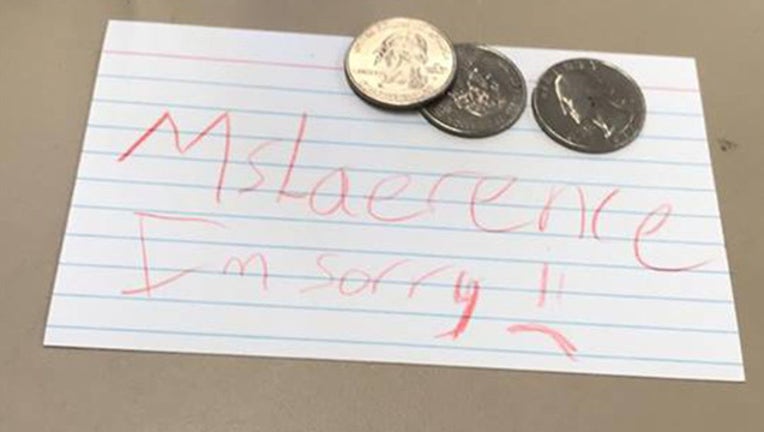 HUNTSVILLE, Ala. (FOX 13) - While an Alabama teacher was experiencing a death in his family, he was surprised at a simple act of kindness by one of his own students.

Price Lawrence teaches sixth grade in the Huntsville City School District. One day this week, he said, his students could tell he was a “little off.”

“When they asked why I wasn’t acting normal, I explained to them that my wife’s father had passed away this weekend and that I was worried about her,” he wrote on his Facebook page.

Lawrence said his students said they were sorry, and then returned to completing their classwork.

By the end of first period, Lawrence stood at the classroom door, giving hugs and high fives at dismissal, but one little girl gave him something else.

She told him, “This is for your wife. I know it was real expensive when my daddy died and I don’t really want ice cream today anyways.”

When he looked in his hand, it was a note that read, “Ms. Laerence. I’m sorry” along with three quarters.

“I wish the world would pay more attention to children,” he said. “We could learn a lot from them.”