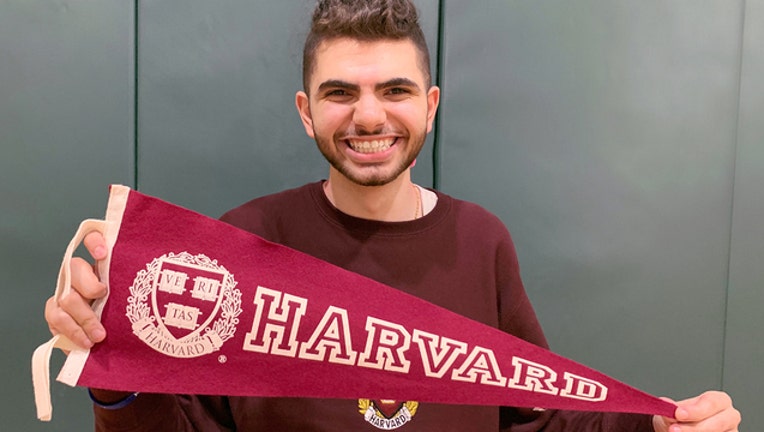 Sam Saba, from Utica, was accepted into all six Ivy League Schools. He picked Harvard.

UTICA, Mich. (FOX 2) - A Utica teen got the choice of six of the best schools in the country after being accepted into all six Ivy League schools he applied to.

Sam Saba graduated from Utica Academy for International Studies. While finishing his high school education, he applied to the six Ivy League schools and was accepted into all of them. He also was offered over $2.2 million in scholarship money.

With his pick of schools, he selected Harvard where he got a full ride and will be enrolling this fall.

"I try not to seek affirmation from the college application process, but it definitely has been a boost in morale and a testament to the opportunities that are open to all types of students in UCS, regardless of their background," Sam said.

Sam graduated from UAIS as valedictorian and a candidate for both the International Baccalaureate Diploma and the Utica Community Schools (UCS) Seal of Global Language.  He also has served as the Key Club Governor for the State of Michigan, a member of the school's debate club, president of the UAIS Student Voice Committee, and the National Honor Society.

"Sam's story reflects what our staff and community value and want for all of our students," superintendent Dr. Christine Johns said. "Through hard work, the relationships he formed with his teachers and administrators, and the opportunities available in UCS, Sam has had every door opened to him to pursue his dreams for the future."

Sam says Utica Community Schools helped guide him along the way - dating back to elementary school.

"Through every school and every experience in UCS I have always been able to find mentors - teachers, administrators, principals, or older students - and that has made the biggest difference in my life," Saba said. "I think that is one of the things that Utica Community Schools does best."

Sam plans to pursue a degree in Middle Eastern and Global studies with the goal of becoming an ambassador or working with a non-profit humanitarian organization.