Five people were rushed to the hospital after an ambulance overturned in a crash in Clayton County.

It happened around 9:30 p.m. along Tara Blvd. near Upper Riverdale Road. Forest Park Fire Rescue officials said the ambulance was on the way to Southern Regional Medical Center when the crash occurred. 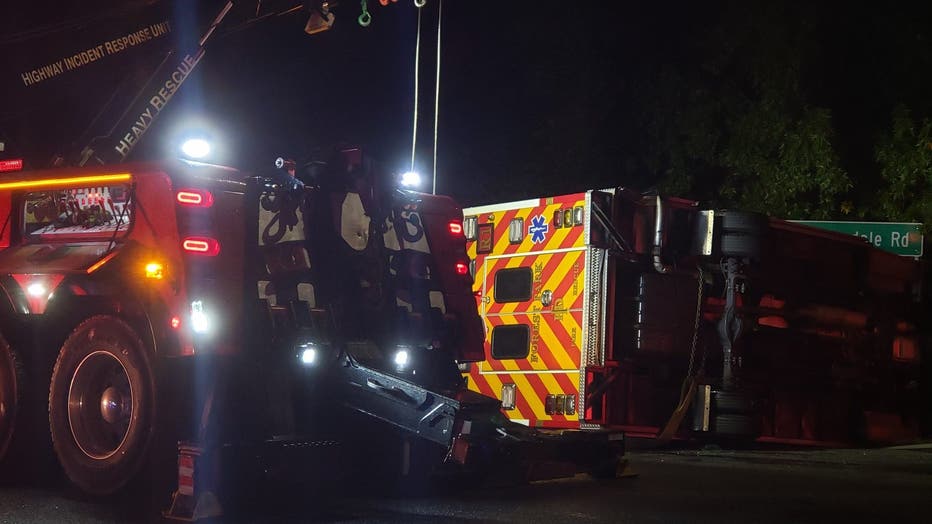 An ambulance overturned in a crash along Tara Blvd. near Upper Riverdale Road on Oct. 9, 2020. (FOX 5)

There were four people in the ambulance at the time. It ended up flipped on its side in a ditch along the road.

A second car was also involved in the crash.

Officials at the scene said all five patients were considered critical but stable. Three were taken to Atlanta Medical Center, 1 went to Grady Memorial Hospital, and 1 went to Southern Regional Medical Center. One of the people being transported was a patient on the way to the hospital.

It was not immediately clear if weather played a factor in the crash. The cause of the accident is under investigation.