ATLANTA - Five Church's Chicken restaurants have become targets for a criminal for the last several weeks.

Employees said the some of the locations have been hit multiple times.

Steve Passmore is a manager who oversees several locations. He said the first time, the man didn't even need to break in.

The cash register was empty but there was no damage.

"He came into our store with keys and an alarm code. He knew where all the drawers were and took the cash out," Passmore said.

All of this was caught on surveillance video.

Passmore said the store got new locks and secured the drive-thru window, but the man came back a third time.

"The third time when he came back, he actually shattered the window with a hammer and crawled through the window," Passmore said.

Two restaurants on Cleveland Avenue, two on Campbellton Road, and one on Moreland Avenue have been hit.

"We actually had two break-ins with the same person who did both of the break-ins," said Nafeesah Solomon, a market leader with the company. 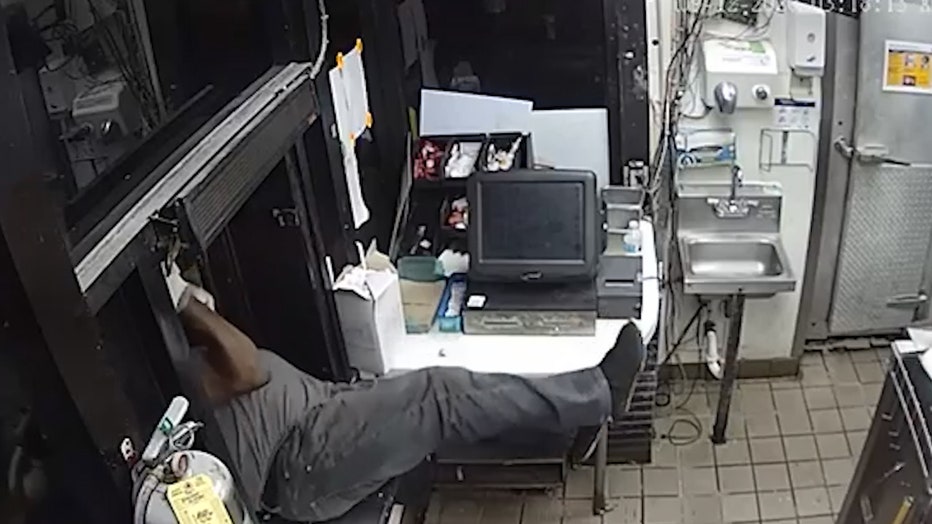 Passmore said he's talked to managers of different locations and has swapped surveillance video and they found some similarities, including description and the fact that the criminal knew the alarm code.

The managers said they have reason to believe the criminal is tied to a now-former employee of two of the restaurants.

Atlanta police have not confirmed this, but the former employee's name is listed as a suspect in one of the police reports.

They're also looking into whether or not the same person is responsible for all of the incidents.

Passmore said the robber wasn't able to steal a lot of cash since some of the registers were empty.

Employees have also been making sure to put the cash in a safe.