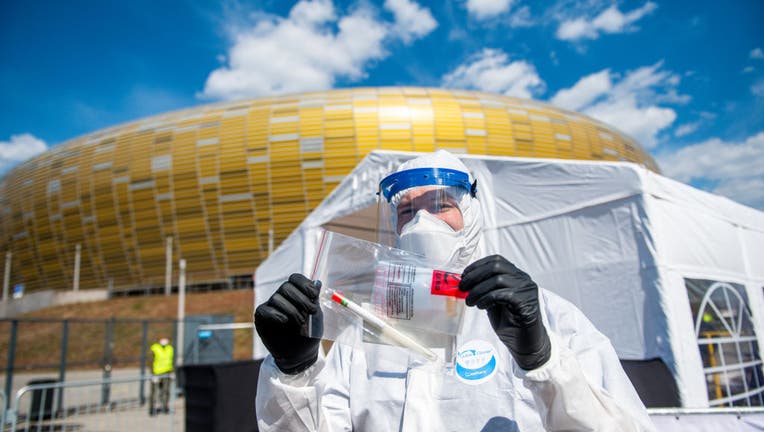 Medic seen holding a testing kit at the covid-19 mobile testing center in Gdansk. A mobile testing point for coronavirus was opened in Gdansk on April 27. More than 3 million people have been infected with COVID-19 across the world. (Photo credit sho

The United States is far outpacing the rest of the world with more than 965,000 cases.

For most people, the coronavirus causes mild or moderate symptoms, such as fever and cough that clear up in two to three weeks.

The vast majority who have been infected with the virus have recovered. Global recovery numbers sit just north of 881,000.

For some, especially older adults and people with existing health problems, it can cause more severe illness and death.

Wuhan, the Chinese city where the virus first appeared in December 2019, was once the epicenter of the world’s cases. But according to FOX News, the city reportedly claimed Monday that it no longer has any hospitalized coronavirus cases.

Wuhan made tremendous progress in its battle against the virus in early March —  so much so, officials closed all of the city’s makeshift hospitals.

RELATED: Wuhan says it has no coronavirus patients in hospitals: report