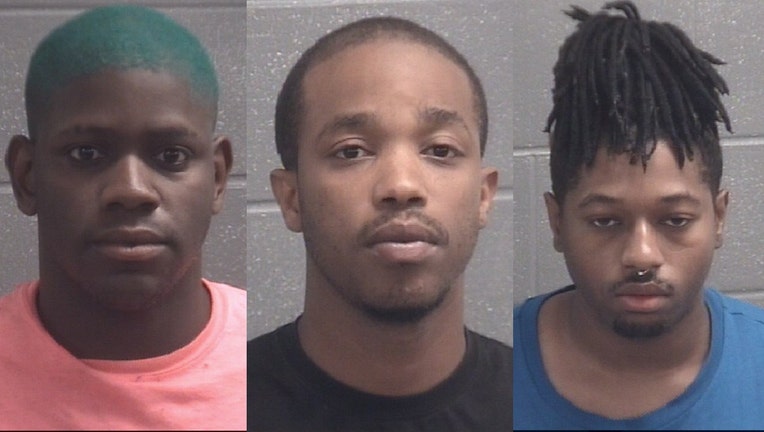 GRIFFIN, Ga. - Police in Griffin said they have taken four suspects in a series of entering autos cases off the streets early Wednesday morning.

Jonathan Miguel Whitfield, 25. Dwayne F'elite Scott, 24. Nigel Demarcus Wilkerson, 25, and a 16-year-old boy, all from Griffin, were arrested and charged with five counts of entering auto.

Griffin police said officers were called to W. Poplar Street around 2:15 a.m. after a report of someone breaking into a car. When officers arrived, they found a black vehicle fleeing the scene without its headlights on.

Police pulled over the car and the suspects were detained.

Investigators said evidence in the vehicle and evidence collected with a search warrant of an associated apartment led to the four arrests. Police also said the car break-ins were captured by at least one home surveillance system.

The three adults were booked into the Spalding County Detention Center. The teenager was released to his mother.