Shots rang out outside trampoline park, police search for shooter

STONE MOUNTAIN, Ga. - Two people were shot in the parking lot of Get Air Trampoline Park in Stone Mountain around 4 pm Sunday.

Lt. Jake Smith with the Gwinnett County Police Department said the shots were fired after an argument between two family members.

"The argument kind of spilled outside between these two men and one of the subjects went to his car and retrieved a gun. He ultimately shot at the second subject who was a family member of his," said Smith. 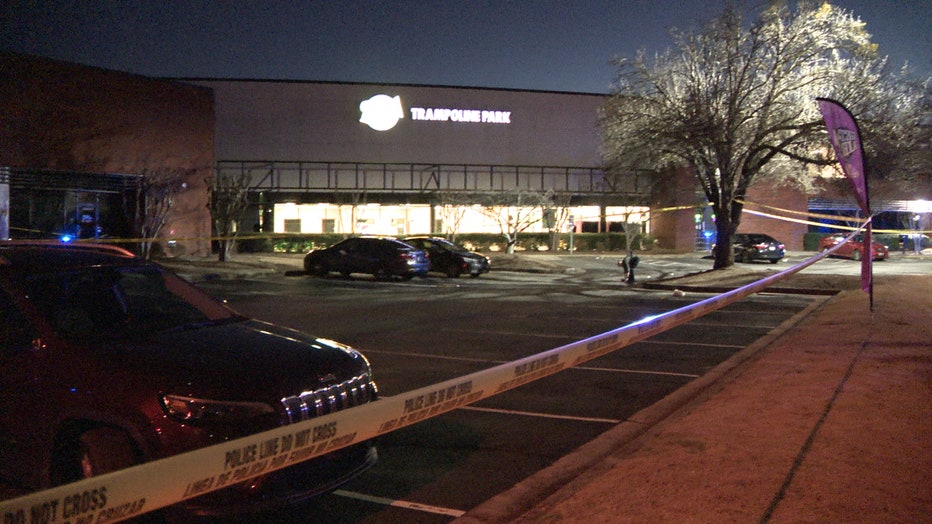 The second person who was shot was a bystander and was hit with a stray bullet. Smith said this person was not related to the two who were involved in the argument.

Both were taken to the hospital with non-life-threatening injuries. According to Smith, the shooting happened in a full parking lot and while children's birthday parties were happening inside the business.

"There were probably about 75 people inside the business. A lot of children's parties going on inside of there. There were quite a few people," Smith said.

Police say they know who the suspect is but are looking for him.