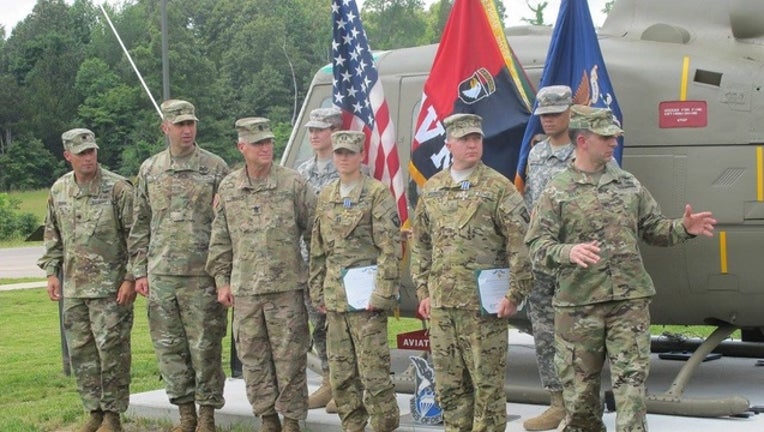 FORT CAMPBELL, Ky. (AP) — Two Fort Campbell soldiers have been awarded the Distinguished Flying Cross, given for heroism or extraordinary achievement in an aerial flight.

The Leaf-Chronicle reports Chief Warrant Officer 2 David Woodward and Capt. Lindsay Gordon were awarded the cross on Wednesday for their actions while flying an AH-64 Apache helicopter during a mission in Afghanistan last December.

Woodward and Gordon are with the 101st Combat Aviation Brigade. They were flying along with the 160th Special Operations Aviation Regiment and guided their aircraft between U.S. troops and enemy forces as an extraction began.

Part of the ground commander's report was read during the Fort Campbell ceremony, saying he had "never been pulled from a more dire situation."

Gordon and Woodward said they were "humbled" by the recognition.

Information from: The Leaf-Chronicle, http://www.theleafchronicle.com