10-year-old run over by minivan

LAWRENCEVILLE, Ga. - A 10-year-old boy was riding his skateboard in his Lawrenceville subdivision Saturday when tragedy struck. Nico Petrecca Jr. was hit by a minivan.

“He was hit by somebody and they didn’t do right by my son,” Nico’s father, Nick Petrecca Sr., told FOX 5’s Deidra Dukes.

Nico is now clinging to life in the Intensive Care Unit at Children’s Healthcare of Atlanta at Egleston following a devastating series of events.

“My 10-year-old is fighting for his life because someone didn’t take the right steps after running my son over,” his father said. 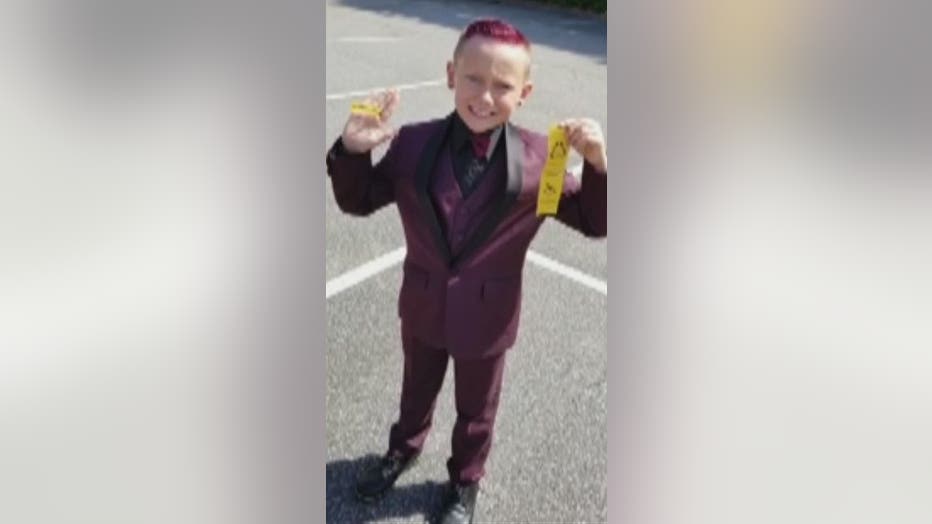 The family shared a video recorded by a neighbor’s surveillance cameras that captured the accident at the intersection of Duke Drive and Herbert Hayes Drive.

Nico was riding his skateboard down Duke Drive when, police said, he lost control coming down the hill. He flew into the air, before landing on the ground, and was run over by an oncoming motorist.

The driver stopped at the scene but reportedly doesn’t speak English.

Family members told FOX 5 News no one witnessed the accident. The driver only told Nico’s stepfather that the “child fell” so he thought Nico was injured falling off the skateboard. 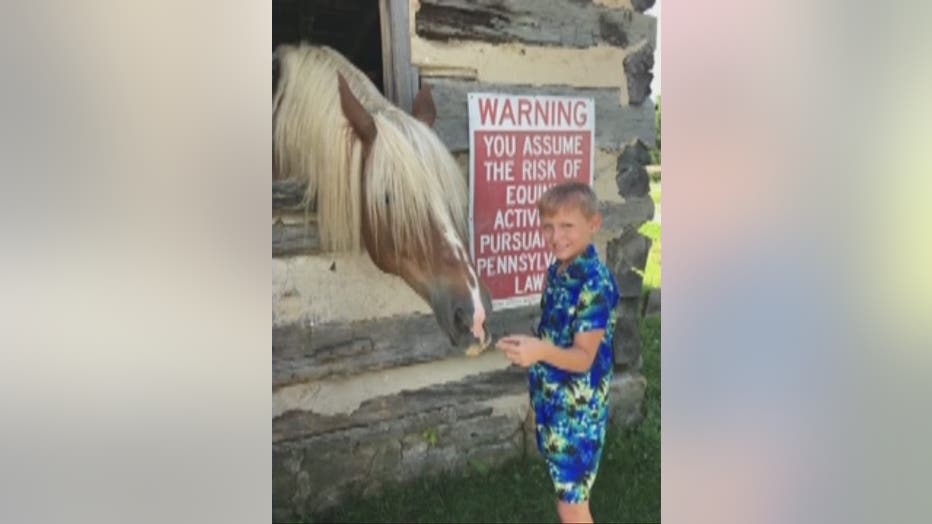 It was only after the boy’s face began to swell they realized he was badly hurt. His parents took him to Northside Hospital Gwinnett.

That’s when a neighbor called with shocking news. His surveillance cameras had recorded video of Nico being run over by the woman’s car.

“The neighbor called and said, ‘Hey I just seen the video of Nico being hit is he ok?’ And they were like, ‘What do you mean? He fell on his skateboard’, and it wasn’t,” Petrecca said.

Nico was flown by helicopter to Children’s Healthcare of Atlanta at Egleston where he remains in a coma.

Petrecca explained, “It is medically induced because of the bleeding on his brain. They want to minimize the stress, the blood pressure, be able to keep his vitals where they need to be for the healing to start on his brain.”

Lawrenceville police are handling the case. The investigation is ongoing. Detectives haven’t determined if the driver will face charges.