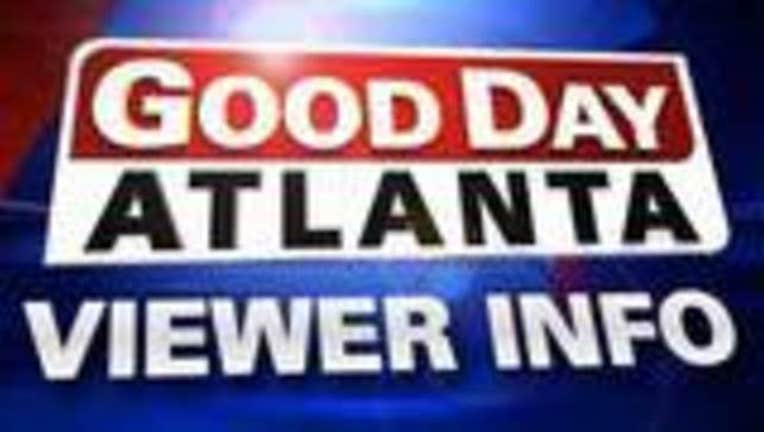 The free program is aimed at students entering seventh and eighth grade, and covers several topics related to firefighting, including CPR and search-and-rescue  and allows the youth to experience many of the responsibilities of actual firefighters.  The program is held one week every summer  so you can keep an eye out for next year's application packet when it becomes available here.

Since the new FOX show "First Responder Live" premieres tonight  and features firefighters across the nation responding to real calls  we thought it was a perfect time to showcase the work happening to train possible future first responders up in Forsyth County.  Click the video player above to check it out!

"First Responders Live" bring real-life drama to FOX
The FOX hit 9-1-1 tells the stories of first responders and how they work together during some of the most dramatic emergencies imaginable.  Now, a new FOX series will rip the curtain back on the real thing, showing firefighters, police officers, and EMS workers as they respond to calls  and we'll be watching it happen in real-time. "First Responders Live" is a new series premiering tonight on FOX, and will follow first responders in several cities across the country as they handle real emergencies.  How will it all happen?

The show will actually embed live cameras in the departments, so that viewers can follow along each week.  Journalist Josh Elliott will serve as host of the show, and will offer live commentary along with a team of experts.  But because the show is live, neither the host nor viewers will ever know exactly what's going to happen each week. First Responders Live is produced by Wolf Entertainment, by the way  which is headed up by famed "Law & Order" creator Dick Wolf.

The show premieres tonight, and will air Wednesday nights at 9:00 p.m. here on FOX 5 Atlanta.  But before you watch tonight's first episode, click the video player above to check out our one-on-one interview with Josh Elliott.

Algee Smith, who can be seen in the highly anticipated HBO series "Euphoria" opposite Zendaya this summer. Prior to his role in Euphoria, Algee was last seen in the critically-acclaimed film "The Hate U Give." His breakout role was as Ralph Tresvant in BET's hit mini-series "The New Edition Story."
Born in Saginaw, Michigan, Algee has a really compelling and inspiring story starting with his move to Atlanta, then eventually relocating to Los Angeles in 2016.

After just 30 days in Hollywood he booked the role of Ralph Tresvant in BET's highest-rated miniseries "The New Edition Story." That role caught the attention of Hollywood's biggest producers and directors and lead to him being cast in "Detroit," earning him a NACCP Best Actor Nomination. Not only did Algee star in the film, but his original song "Grow," is featured on the official soundtrack. In between roles he released his 2017 EP Listen before booking a role in the Amandla Stenberg-lead film "The Hate U Give."

He is currently working on releasing his next music project ATL which embodies his life and journey before making the move to Los Angeles.
Here's the trailer for "Euphoria" in case you haven't seen it click here.

- Salt and pepper to taste

- Juice of one lemon

- Lemon slices and parsley for garnish

Sauté the shallot in olive oil until lightly browned and caramelized, then remove from pan and set aside. With the skillet still hot, pat the fish filets dry with paper towels then lightly coat in rice flour. Sear the fish until golden brown on each side, about 2 to 4 minutes per side.

Plate the filets and place in a warm oven or cover with foil while the sauce is prepared. With the pan still hot from searing the fish, deglaze by adding the wine and lemon. Add the butter, capers, and caramelized shallots to the pan and reduce the sauce over low heat until thickened. Pour the sauce over the filets and garnish with parsley and a lemon slice.